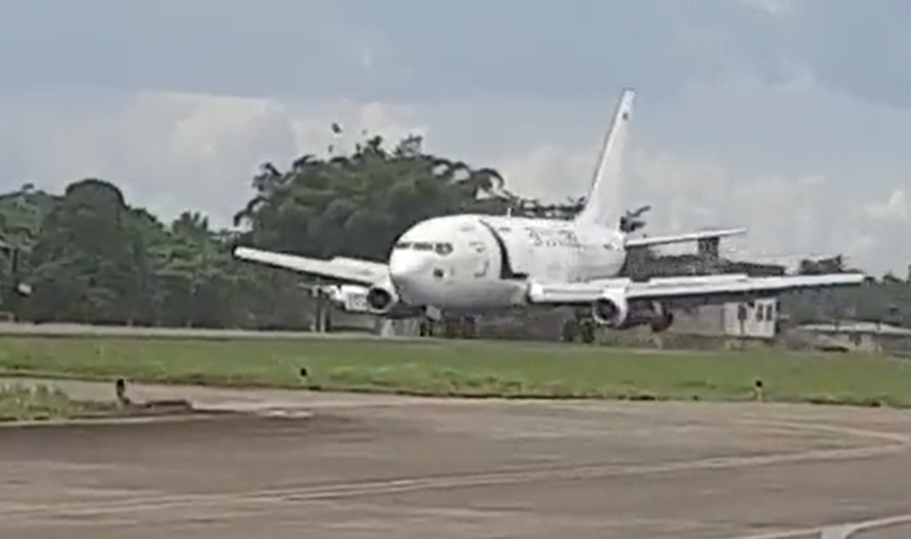 An Aerosucre Boeing 737-200 was forced to make an emergency landing at Mitú-Fabio Alberto León Bentley Airport, Colombia, with an open cargo door on 21st August 2021.

The Boeing 737-200F with registration HK-5026 was performing a domestic cargo flight in Colombia. However, it returned to its origin airport after the main cargo door opened in flight.

Footage shared on the internet shows the Colombian Bogota-based plane landing with a wide-open cargo door, although it ended partially closed after landing.

The cargo plane landed at Mitu Airport without any incident, and it was taken immediately into maintenance.

The Boeing 737-200, nicknamed “Breguinha” in Brazil, was involved in the incident. It was delivered to Aerosauce back in November 2013. However, it was initially delivered to Lufthansa back in February 1981 and is currently 40.6 years old.