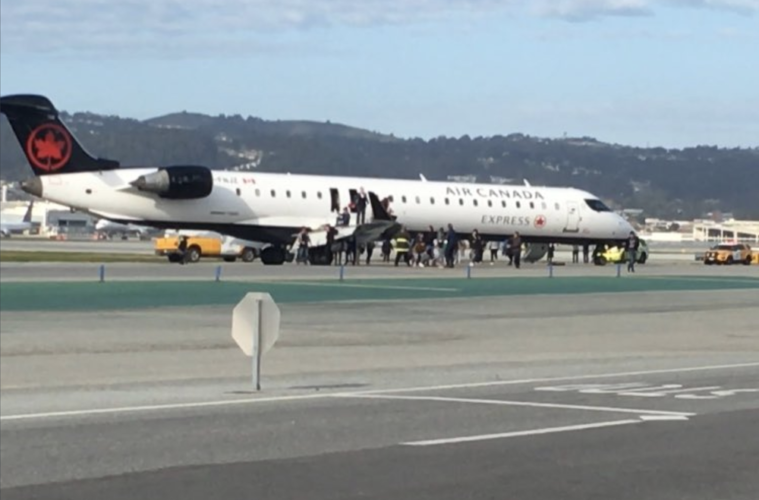 An Air Canada flight made an emergency landing and evacuation shortly after takeoff from San Francisco.

Flight AC8839 was scheduled to fly from San Francisco to Vancouver.

The aircraft departed normally. However, almost immediately after takeoff it declared an emergency due to smoke in the lavatories.

The plane landed safely and the crew performed an emergency evacuation on a taxiway. Emergency vehicles and crews met the aircraft and inspected it, but did not find any fire.