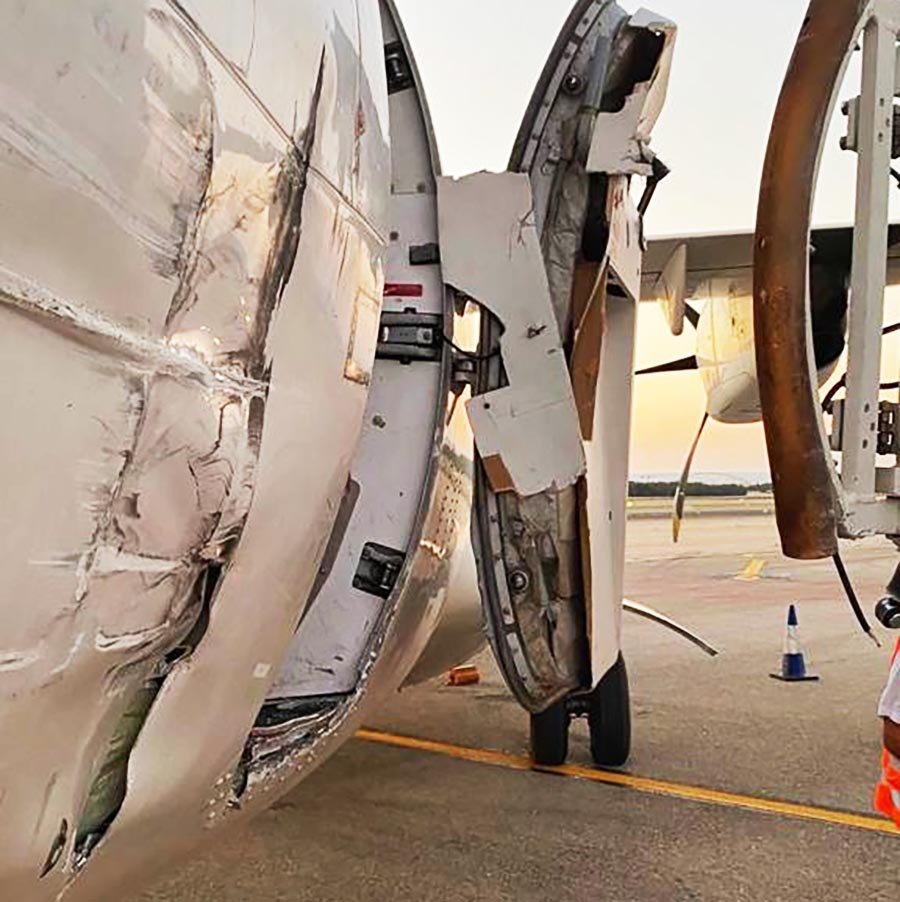 An Air Europa ATR 72 was damaged at Adolfo Suárez Madrid–Barajas Airport after being hit by a catering truck on Sunday, July 18th.

The catering truck collided with the Air Europa ATR 72’s nose. As a result, the ATR further collided with another vehicle that was nearby on the rear side, as seen in the photos uploaded on Twitter.

The ATR 72-200, with registration EC-MSN was involved in the incident. It was initially delivered to TRIP Linhas Aéreas on a lease back in September 2010 and is currently 10.9 years old. It is configured with 68 economy class seats and is in service with Air Europa Express on lease.