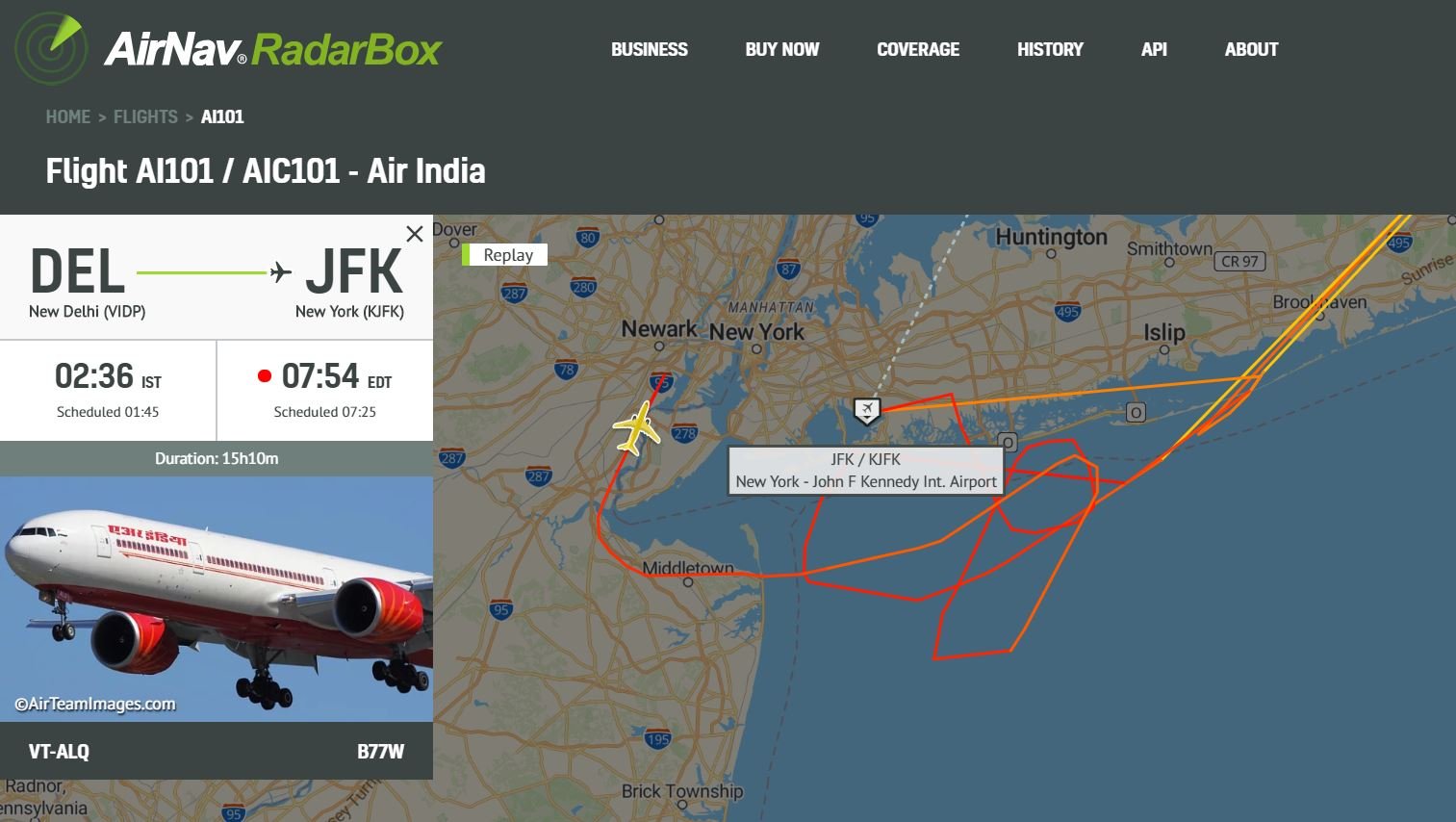 An Air India plane with some 370 passengers on board from New Delhi to New York was supposed to land at JFK airport on September 11, but landed in Newark instead because of a series of technical failures, bad weather and low fuel.

The captain in charge of the 15-hour flight could be heard fretting approximately 38 minutes prior to landing, as he called Air Traffic Control in New York to say: “We’re really, you know, stuck, and there’s no fuel.”

Flight #AI101 Captain Rustom Palia went on to described how there was only one radioaltimeter functioning and the Traffic Collision and Avoidance System had failed.

In a stomach-twisting account of the technical faults they were facing, Palia added that there was “no Auto-land, no wind-shear systems, [no] Auto Speed Brake, and the Auxiliary Power Unit is unserviceable as well.” 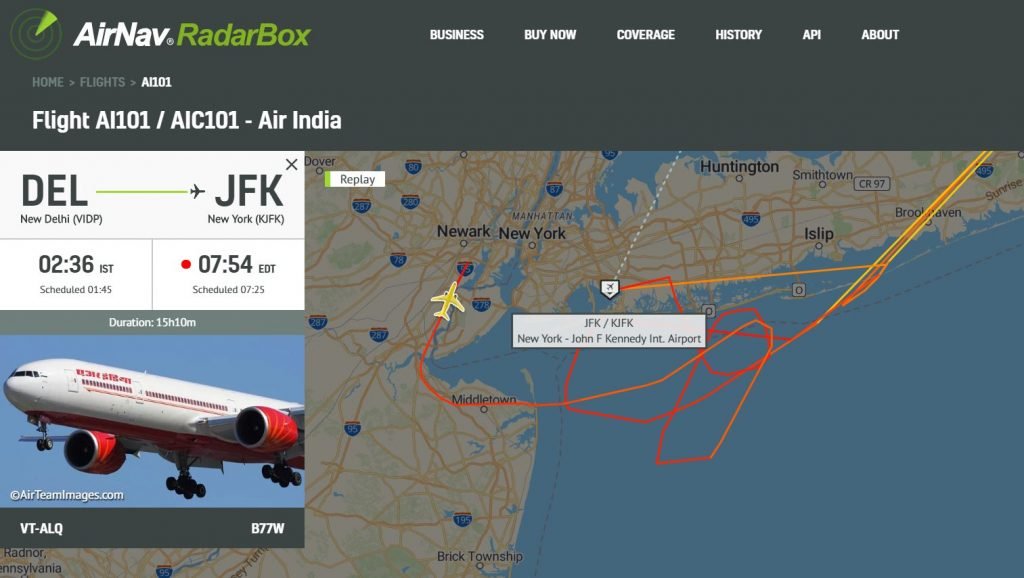 Prospects became even bleaker when the pilots discovered they couldn’t even rely on the automatic landing system, namely the Instrument Landing System (ILS) receivers.

These are crucial for a plane landing on the right path in bad weather, which the Boeing 777-300 was in the process of doing that day.

“Basically, we’ve got a single source radio altimeter, we have a Traffic Collision and Avoidance System failure,” the commander of Air India 777-300 reported to Air Traffic Control in New York via radio.

The plane miraculously managed to safely land in Newark, where emergency teams had gathered on standby as a precaution.

The pilot used an outside-the-box approach to land the plane, which involved the use of the few functional navigation aids on board.

An official of the Director General of Civil Aviation praised the pilots for managing to bring all their passengers to safety in such a tense situation. He said a probe has been launched into what led to the technical glitches.

“We have begun an investigation and the probe will focus on the technical glitches,” he said.