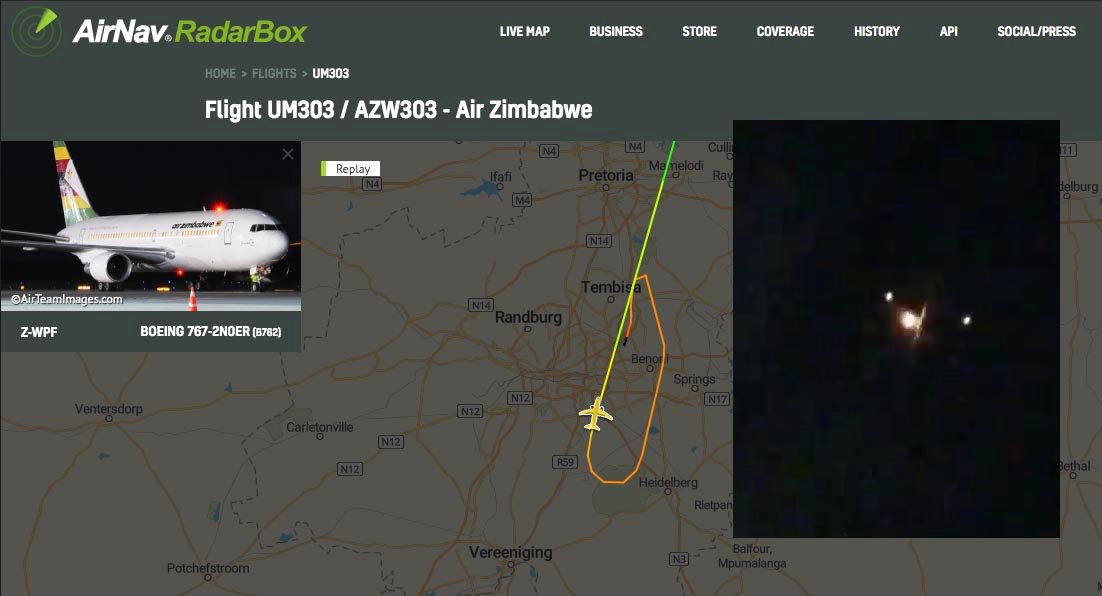 Air Zimbabwe Boeing 767-200 left engine was emitting flames shortly after departure from Johannesburg OR Tambo Airport due to a birdstrike.

Pilots of flight UM303 requested an emergency landing at OR Tambo International Airport shortly after take-off but continued to destination.

The plane flew at a cruising altitude of 39,000 feet and did not appear to show any signs of distress for the rest of the flight.

The plane took off from Johannesburg at 6.55PM and landed in Harare at 8.35PM.

The Air Zimbabwe spokesman said there were incidences where flames from the engines were considered normal, “like when the aircraft engines are realigning automatically.” But the airline admitted in this particular incident the flames appeared to be “abnormal”.