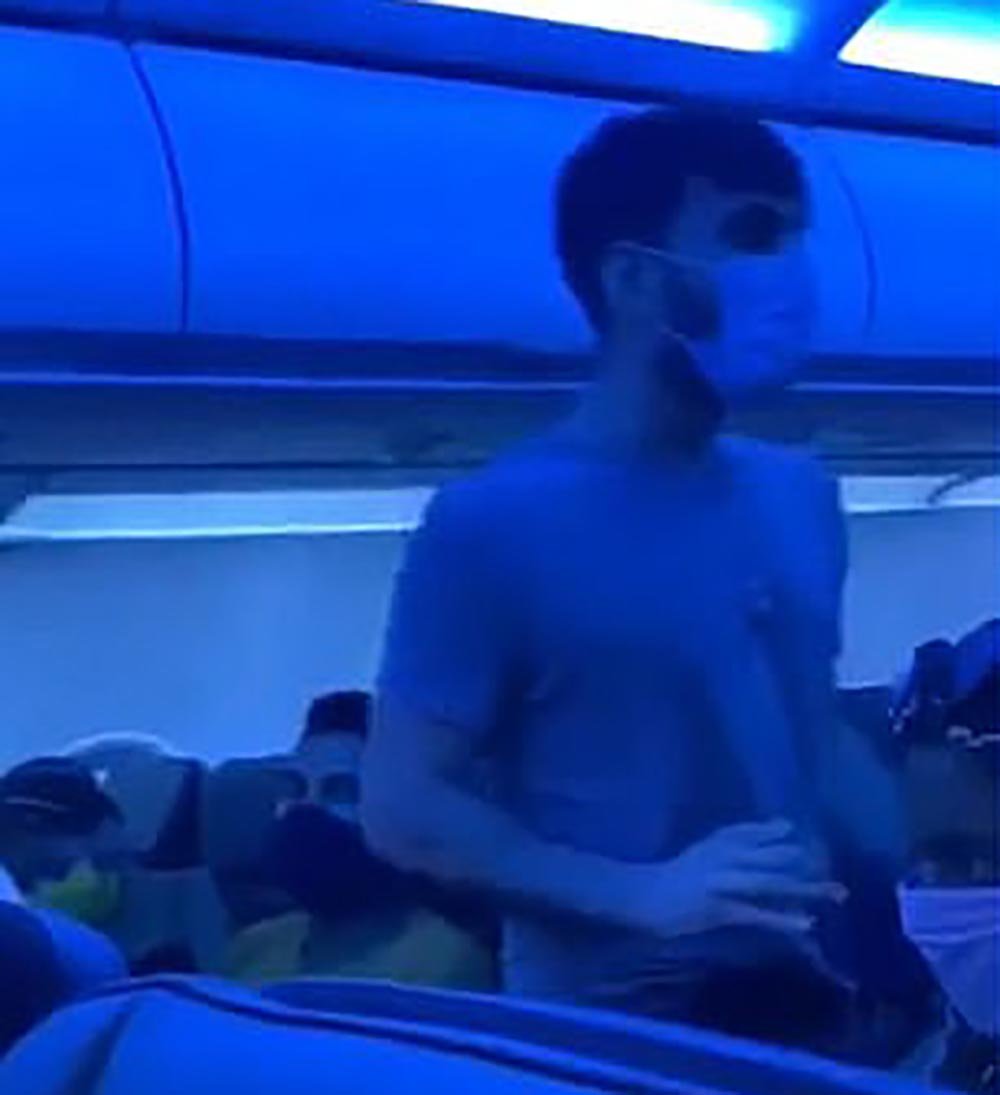 An Alaska Airlines flight was forced to turn around and make an emergency landing after a black passenger threatens to kill everyone on board if they don’t “accept that Jesus was a black man”.

An Alaska Airlines flight was forced to make an emergency landing in Seattle, Washington on Saturday after a passenger threatened to kill everyone on board.

Video footage from the incident shows the man – wearing a face mask – moving through the cabin of Flight 422 bound for Chicago O’ Hare yelling: ‘I will kill everybody on this plane unless you accept Jesus was a black man.’

As he moves past alarmed passengers in their seats he is heard shouting ‘accept it’ and ‘die in the name of Jesus’ multiple times.

Three passengers, including a law enforcement officer, and a flight attendant helped to subdue the man.

The plane returned to Seattle-Tacoma Airport, the flight was canceled and the remaining passengers were booked on another flight to Chicago.