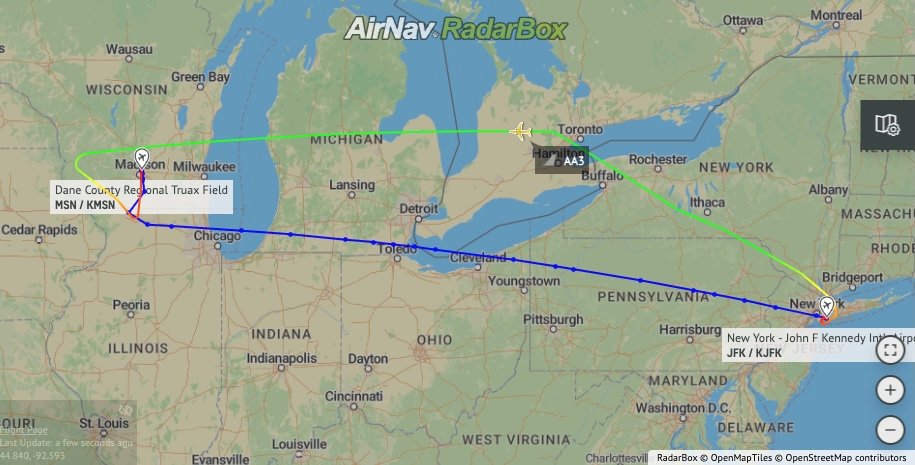 An American Airlines plane from New York to Los Angeles was forced to make an emergency landing in Wisconsin after reports of smoke in the cabin.

All 190 people on board are safe and no one was injured after landing at a regional airport in Madison.

It happened around 2:20 p.m. Central Time on Sunday.

American Airlines said the flight had a mechanical issue that woke up some of the passengers.

“When I woke up, I saw the smoke. It was like coming from the bottom of the plane, and it was like about two rows ahead of me. So I panicked and got scared and ran to the back,” one passenger said.

American kept the plane in Madison for inspection, and another plane was brought in to continue the trip to L.A.