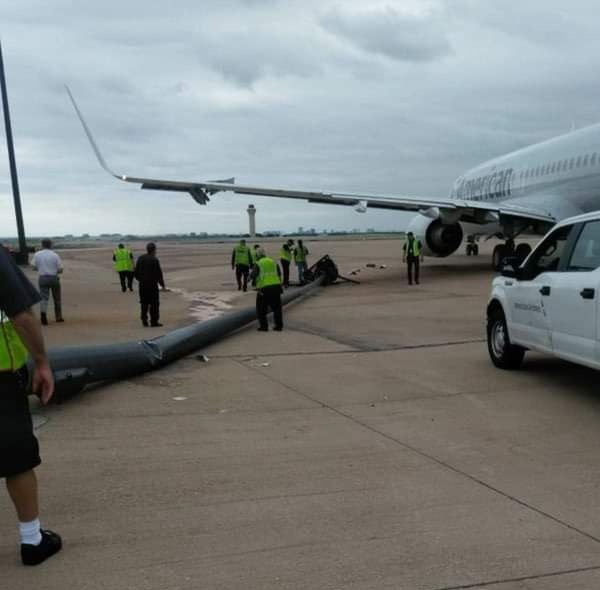 An American Airlines Boeing 737 was damaged at Dallas Fort Worth International Airport after its wingtip hit the light pole while taxiing.

The Boeing 737-800, with registration N834NN, was taxiing to operate flight AA1100 bound to Nashville International Airport when the incident took place.

Footage shared on the internet shows the wing tip hitting out the light pole.

The cause of the incident is being investigated, and no initial reports have been released. All the passengers were accommodated on another flight. Probably, poor taxi lane markings, not following the instructions, fatigue, etc., might be the possible reasons behind this incident.

No injuries were reported, but the aircraft’s left wing sustained significant damage. This Boeing 737 will probably be grounded for multiple weeks, depending on how much it is prioritized.