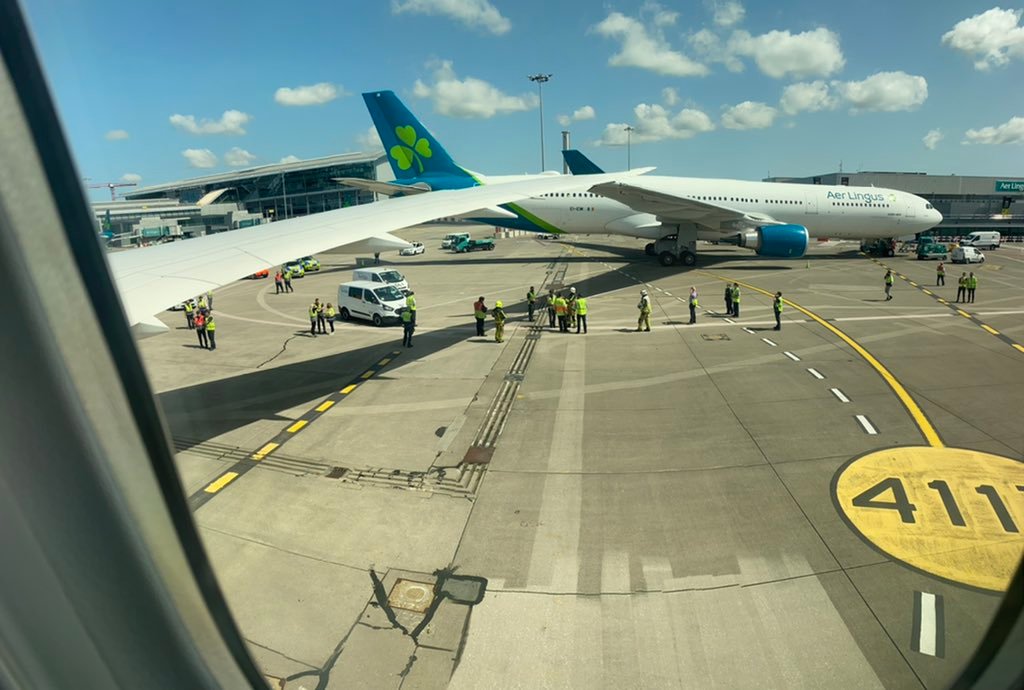 An American Airlines Boeing 787 and Aer Lingus Airbus A330 were involved in a minor collision on the ground at Dublin Airport on Friday, July 16th.

The American Airlines Boeing 787-8 tipped an Aer Lingus A330 while the Dreamliner was being pushed back from the stand. The 787 was scheduled to depart Dublin on flight AA723 to Philadelphia.

The Boeing 787’s right wingtip tipped the Aer Lingus A330 while the A330 was parked, and no one was on board the plane. The AA 787 had arrived at Dublin Airport from Philadelphia in the morning.

“All customers onboard have deplaned and returned to the terminal with no injuries reported. The aircraft has been taken out of service for maintenance.

“We are providing overnight accommodation for our customers and rebooking them on alternative flights departing tomorrow. We thank our team members for their professionalism and apologize to our customers for the inconvenience.”

The Irish Air Accident Investigation Unit is investigating the incident, and both aircraft are grounded.