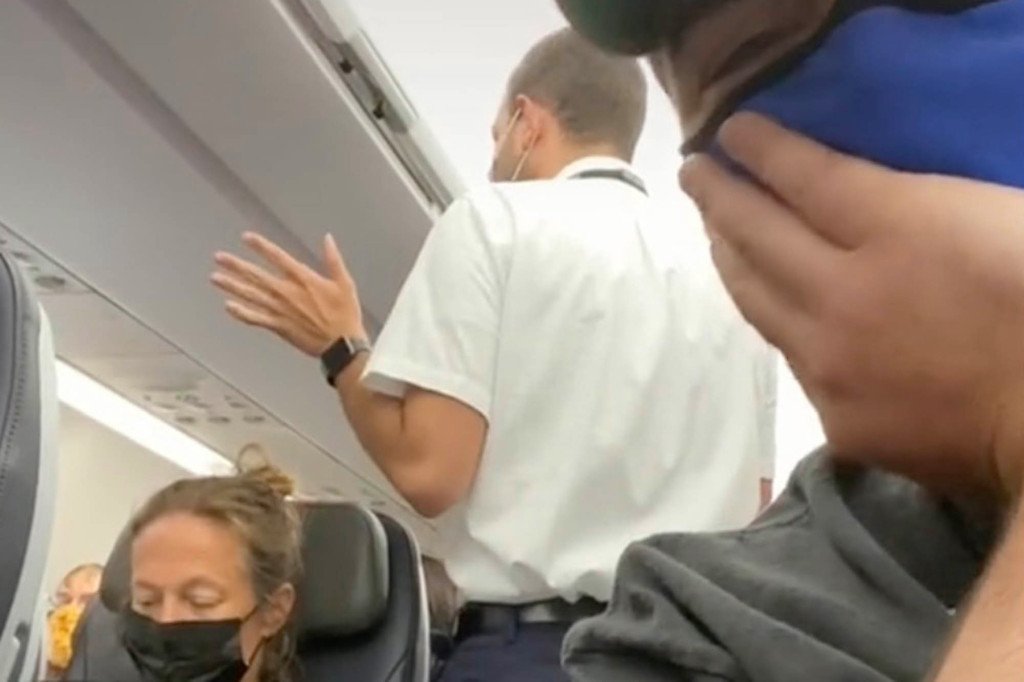 The aircraft was performing a flight from Los Angeles to Charlotte, North Carolina, with two male and three female attendants when it was forced to divert to the Raleigh-Durham International Airport due to bad weather.

The aircraft remained at Raleigh Airport for three hours and was refuelled. Brent Underwood, the passenger who took the TikTok video, said they were on the tarmac when a passenger verbally abused a flight attendant.

“Just like you, we have not eaten also. We’ve catered to you the entire flight. We do it because we love this job. But the fact that we get insulted and mistreated by passengers over things we cannot control.”

“It is disgusting. Shame on the passengers who have made this flight a living hell.”

Flight attendants on @officialamericanairways are done with your b.s.! From our flight 6/7 LAX-NC. #americanairlines #facemask #dumbcustomers

However, no one was charged, removed or arrested, according to a report. In a statement, the airline said:

“We value the trust our customers’ place in our team to care for them throughout their journey, and we expect those who choose to fly with us to treat each other and our team members with respect.”