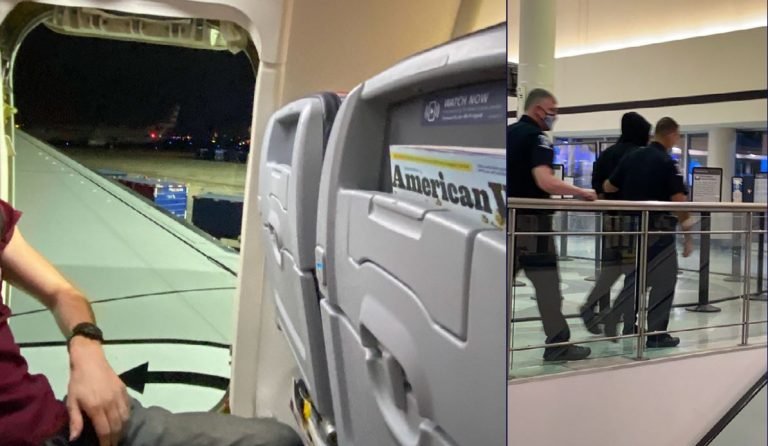 American Airlines passengers activated the emergency exit and escaped after the flight was cancelled and there wasn’t an employee to deploy the jet bridge.

American Airlines flight AA2396 was scheduled to depart from Charlotte to Baltimore at 8:55 on Thursday, but the flight was cancelled after 172 passengers and six crew had boarded the plane. Due to extreme weather, many other flights were cancelled.

So a passenger had enough and crawled over us in the exit row and let himself out. They got him by the jet bridge …@wcnc https://t.co/tddHxHvINN pic.twitter.com/NkxCEHS8qc

Many other flights were also cancelled that day as extreme weather was reported through mid­­ ­­­atlantic and the northeast. This incident affected many other flights as thousands of people were delayed.AA alone had over 1000 people delayed at Charlotte Douglas.