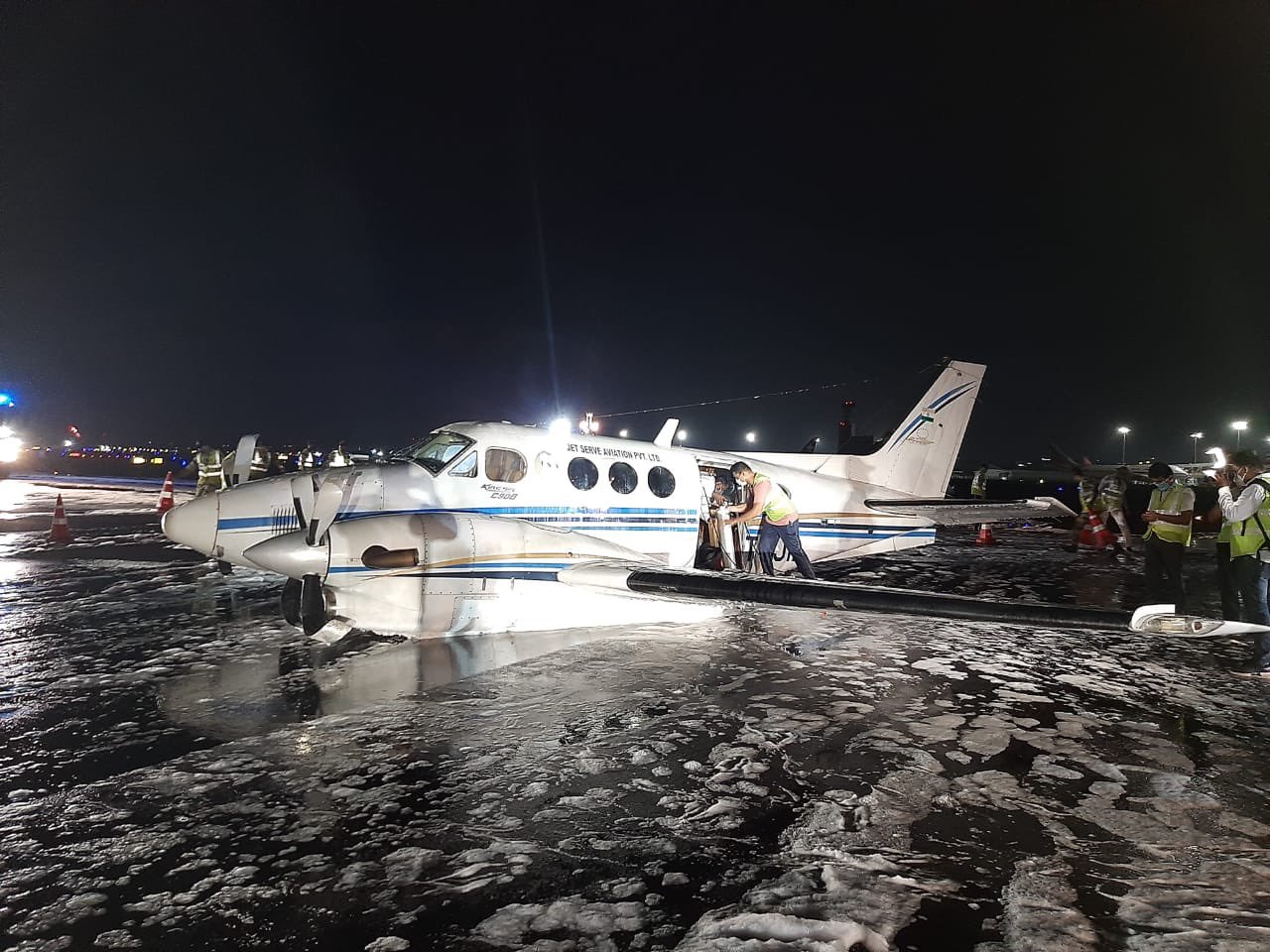 A Jet Serve Aviation air ambulance made an emergency belly landing in Mumbai after losing a front landing gear wheel during takeoff from runway 32 in Nagpur.

The Beechcraft charter aircraft with registration VT-JIL was carrying one patient, two crew members, a paramedic and a doctor from Nagpur Airport to Mumbai International Airport.

A full state of emergency was declared at Mumbai airport, and the runway was also foamed as a precautionary measure to avoid fire. Captain Kesari Singh belly-landed the aircraft at 9:09 pm.

All onboard escape unhurt and are safe. The airport’s emergency response team, including the fire brigade and ambulance, was positioned on standby and activated immediately to ensure a safe evacuation.

In a statement on Thursday, the airport officials said:

“A full emergency was declared for a non-scheduled Beechcraft VT-JIL aircraft on the route from Nagpur to Mumbai. As a precautionary method, CSMIA also foamed RWY 27 to avoid the aircraft catching fire. All passengers were evacuated safely, and flights operating in and out of CSMIA remain on schedule.”