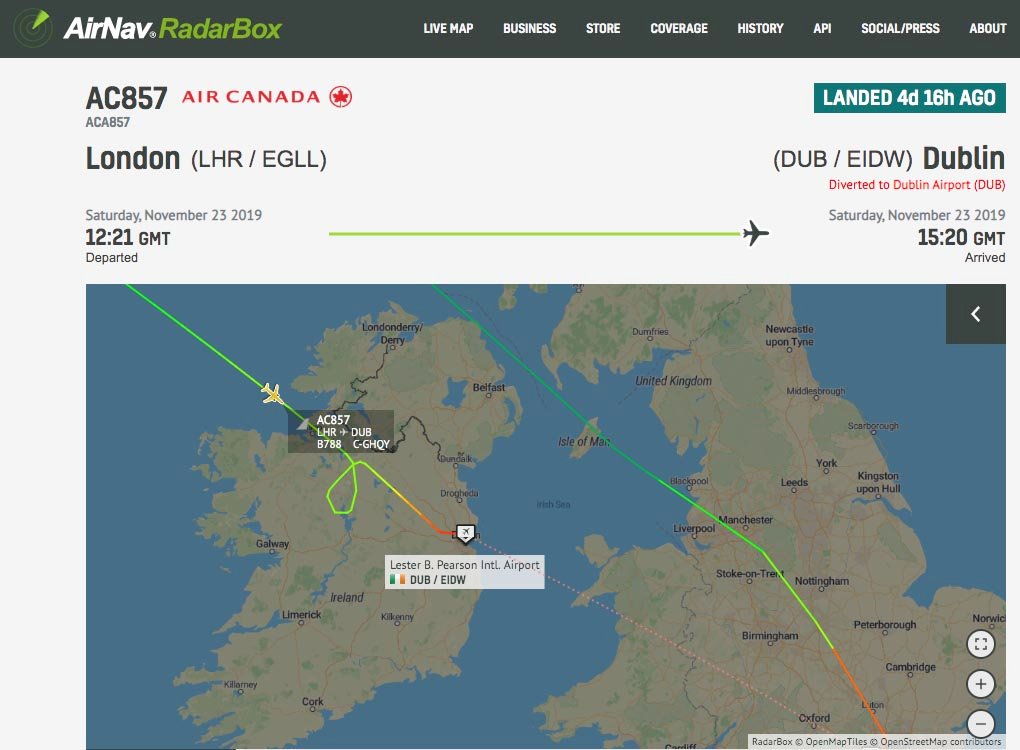 An Air Canada Boeing 787 plane that was flying across the Atlantic from London Heathrow to Toronto instead landed in Dublin after a crack in its windshield was noticed mid-flight.

Air Canada confirmed that flight 857 was diverted to Dublin “due to a cracked Captain’s side window” while there were 254 passengers on board.

The Dreamliner (reg. C-GHQY) was about one hour into its journey Saturday and had already passed Ireland when the plane turned around, landed in Dublin about 55 minutes after the crew reported the incident.