INCIDENT An Ex-Flybe aircraft collided with a Loganair Embraer 145 on the ground at Aberdeen Airport, UK 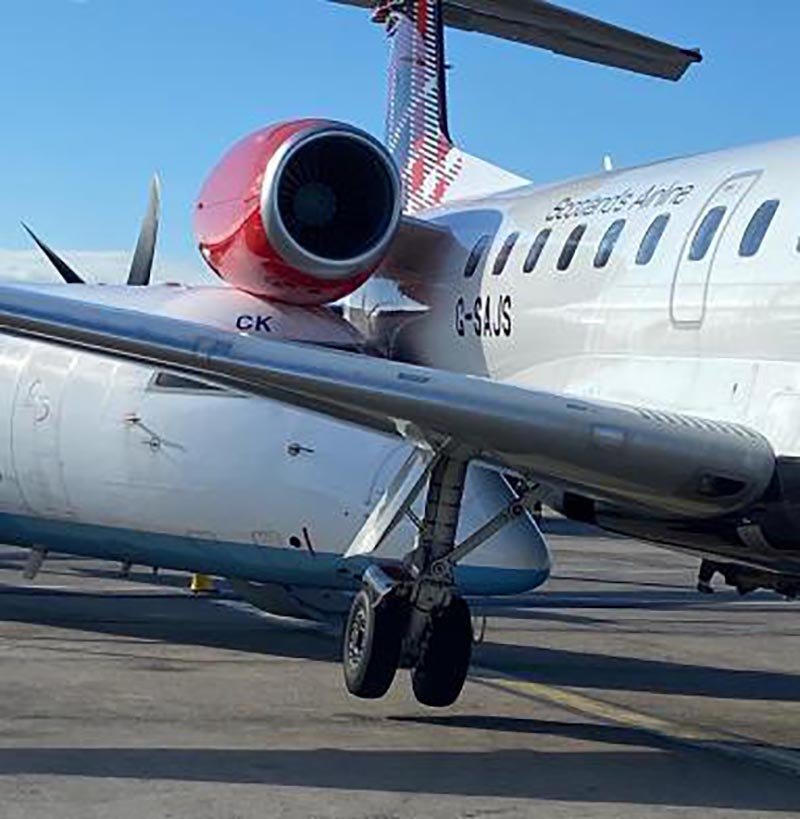 An aircraft collided with another plane on the tarmac, at Aberdeen International Airport, UK.

Aberdeen International Airport Fire and Rescue vehicles were in attendance at the scene and emergency service workers could be seen cordoning off the area.

A collision occurred between an ex-Flybe Bombardier Q400 aircraft and a Loganair Embraer 145.

And, is now the subject of an investigation by the The Air Accident Investigation Branch (AAIB).

A spokesman for the safety body said: “Following an incident at Aberdeen Airport this afternoon, the AAIB is making initial inquiries, and at this stage there is no further comment.”

Whilst a spokesman for Aberdeen Airport added: “A moving aircraft hit a stationary aircraft. There were no passengers on board.”