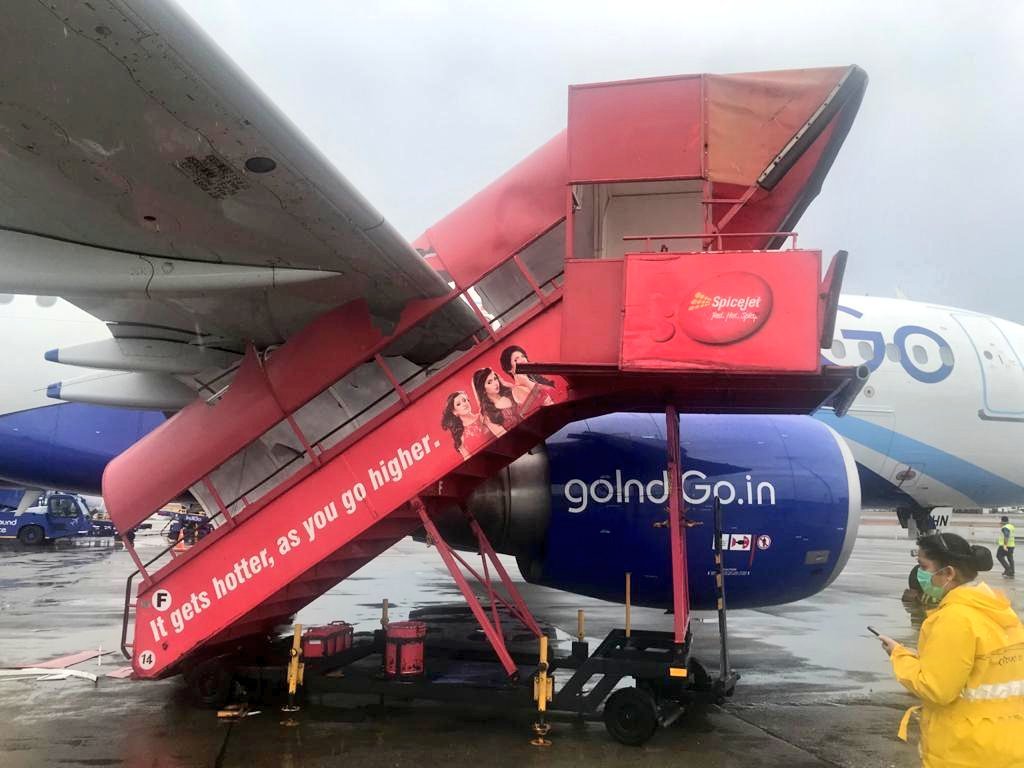 Ground stairs of SpiceJet airlines crashed into an IndiGo aircraft at at Mumbai Airport.

The collision happened due to strong winds on Saturday.

As per a statement released by the Mumbai Internation Airport Ltd, the only damage that the IndiGo aircraft sustained in the accident was to its wing and engine cowling.

“Unpredictable cyclonic storms engulfing India have posed a huge challenge for unattended aircraft parked across airports. Due to strong winds, VT-IHN of IndiGo was hit by a ladder of SpiceJet at Mumbai, (causing) some damage to wings and engine cowling,” the airport spokesperson said. 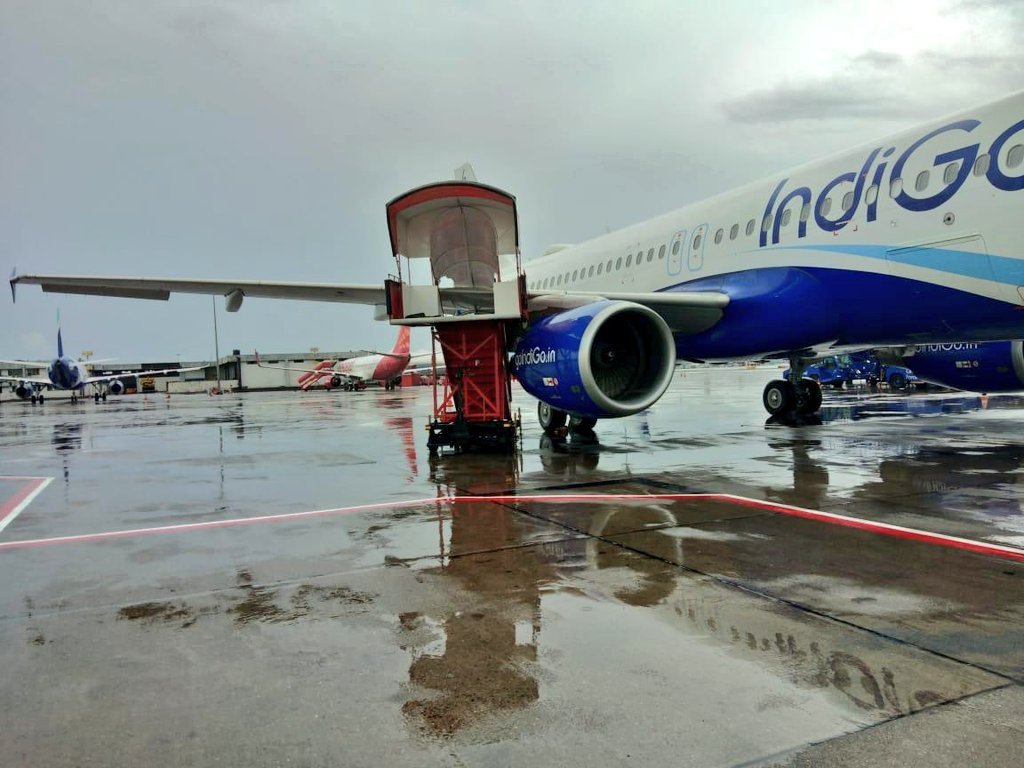 IndiGo also released a statement saying that SpiceJet’s step ladder got detached from its parked position and hit its parked aircraft.

“This incident occurred at Mumbai airport early this morning. A step ladder belonging to SpiceJet got detached from its parked position and damaged a stationary aircraft belonging to IndiGo. The incident is under investigation by relevant authorities,” the IndiGo spokesperson said.

“At around 7.30 am, sudden strong winds picked up. There was no prior weather warning or advisory. SpiceJet’s step ladder, which was well secured and with chocks in place, was moved backwards and hit the IndiGo aircraft on the right wing,” added the spokesperson.