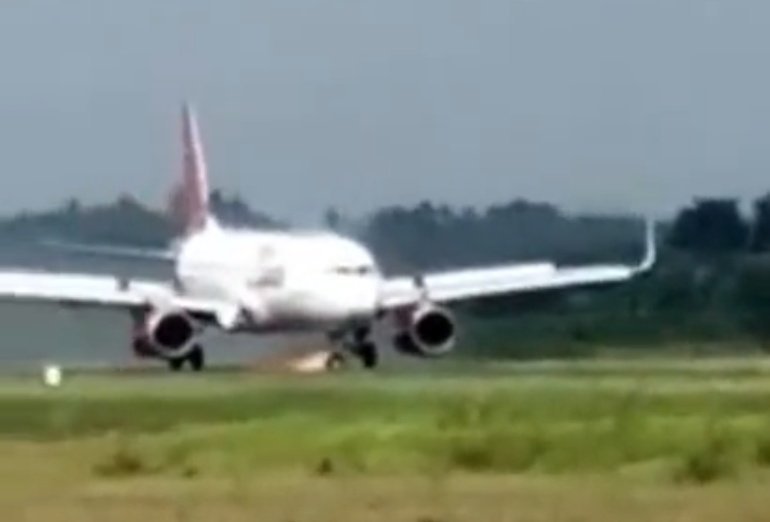 A Batik Air Airbus A320-200 made an emergency landing with nose gear turned 90 degrees at Sultan Thaha Jambi Airport in Indonesia after a technical problem with its landing gear.

The aircraft, with registration PK-LUT, was performing flight ID-6803 from Jambi to Jakarta with 117 passengers and 6 crew members on board.

The aircraft was initially climbing out of runway 31 when the crew stopped the climb at 3000 feet after the crew received an indication of a possible technical problem. The aircraft returned to Jambi some 25 minutes after departure from the same runway.

The A320 came to a stop on the runway with the nose gear turned 90 degrees sideways; Five scheduled flights were cancelled after the runway was blocked by the aircraft. The passengers disembarked onto the runway via stairs.

“After take-off, the pilot decided to return to the airport of departure (return to base / RTB) because there is an indicator in the cockpit (which notifies or shows), that there may be a technical problem (technical reason),” said Batik Air spokesperson, Danang Mandala Prihantoro.

“Batik Air apologizes for the inconvenience that has arisen so that the flight of ID-6803 guests was disturbed. Batik Air has provided a compensation service for delay of departure (delay management) based on applicable regulations.”