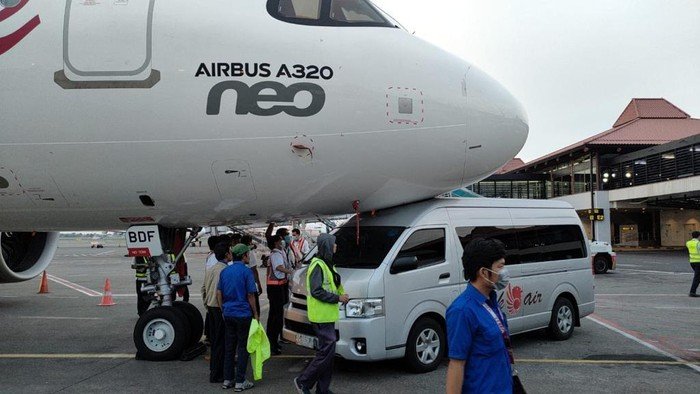 The Airbus A320neo with registration PK-BDP was parked when the crew bus collided with its nose. This incident was confirmed by the Head of Public Relations, Director General of Civil Aviation, Ministry of Transportation Budi Prayitno.

“Yes (there was indeed an incident). So that is the vehicle for the executive passenger transportation, crashing into the nose of the plane,” said Budi on Sunday, April 4th.

Budi did not explain the chronology of the incident that occurred on Saturday (3/4/2021) yesterday. The Ministry of Transportation, he said, was investigating the incident. However, he didn’t mention whether the shuttle bus carried passengers or not.

“AIRBUS Neo A 320 Batik Air kissed the Batik Air Ground Handling car at CGK this afternoon, April 3, 2021. There is only one cause, the carelessness of Batik Air’s ground handling. Looks like a firing driver.

“The number of accidents and incidents during 2020 until now, Ind flights can be re-banned by the European Union and the United States as in 2007 – 2016.”