Brad New British Airways Airbus A350-1000 has been lightly damaged at Tel Aviv.

British Airways A350-1000 (only one month old) performed flight #BA163 from London Heathrow to Tel Aviv on 19th January. 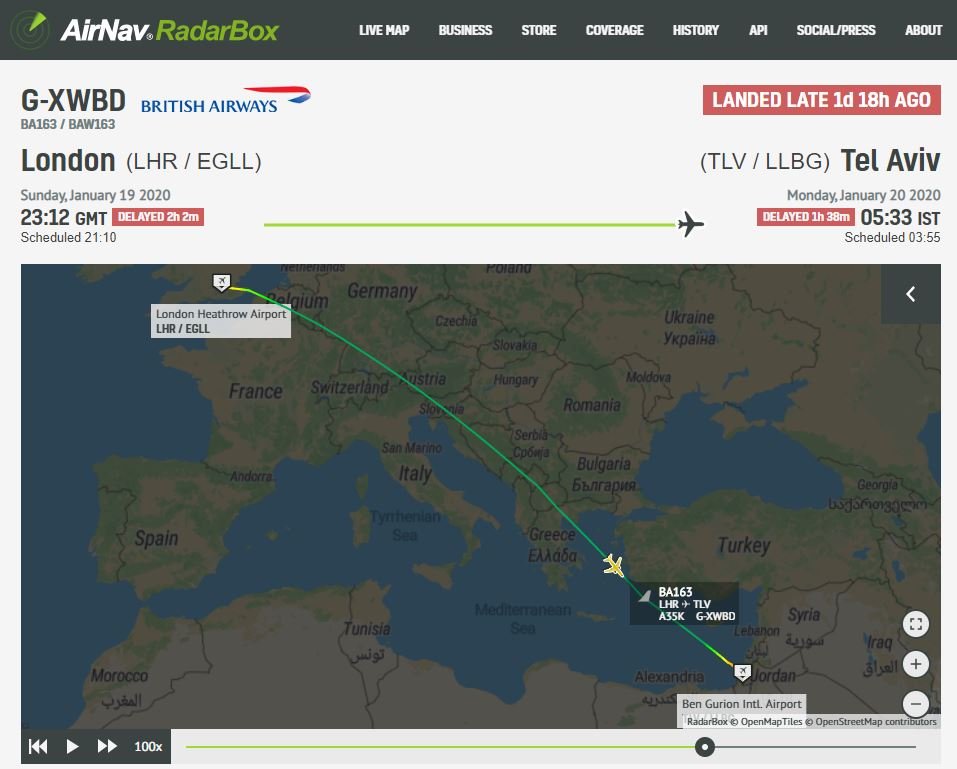 The Airbus arrived back at London Heathrow on Tuesday night.