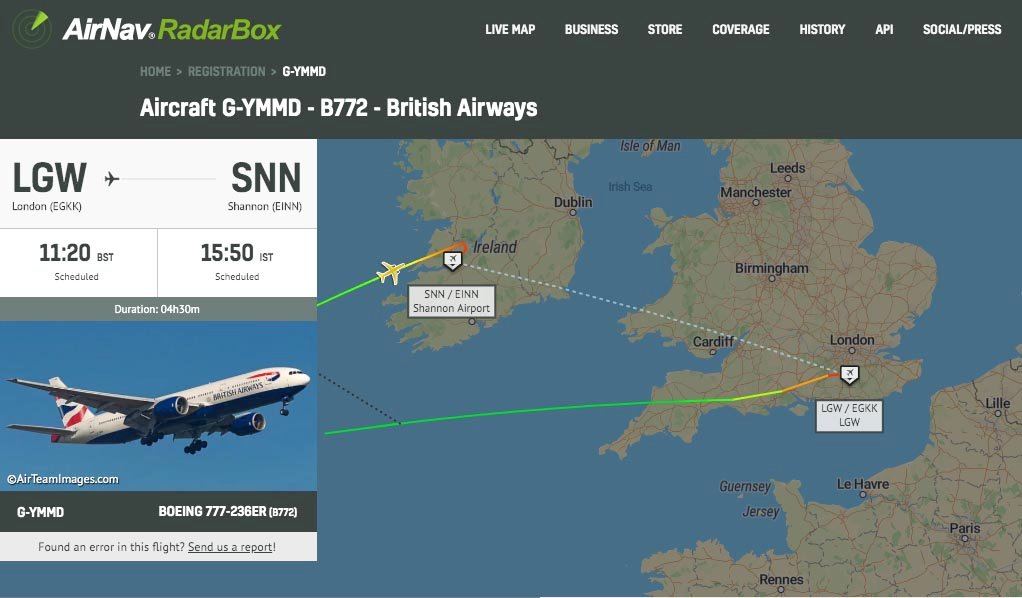 British Airways #BA2201 from London to Cancun diverted to Shannon after crew reported they had detected fumes in the cockpit and passenger cabin.

The flight landed safely at 3.18pm and was pursued along the runway by airport fire and rescue crews who also accompanied the jet to the terminal.

Eight cabin crew members were affected by the fumes and assessed by paramedics. No passengers were reported to have been affected.