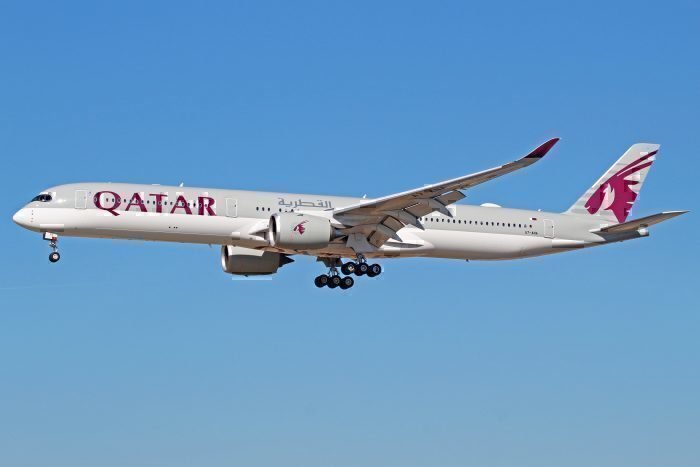 A Caspian Airlines McDonnell Douglas MD-83 jet was flying on a domestic route from Tehran to Kish when its autopilot malfunctioned. This malfunction caused the aircraft to climb 400 feet above its assigned altitude.

Qatar Airways crew members were given a Traffic Avoidance Collision System (TCAS) resolution advisory to climb at least 550 feet due to the conditions.

In a statement, a Qatar Airways spokesperson said:

“The Qatar Airways A350 fleet is equipped with state-of-the-art Traffic Avoidance Collision System (TCAS) equipment, which automatically detected any potential risk and took the appropriate traffic avoidance action to distance itself from the other aircraft in this case.

“At no point was there a speed or stall warning issued. In addition to this, we can confirm that the Qatar Airways pilots onboard operated in accordance with the manufacturer’s published procedures and guidelines for situations of this type.”

The incident was classified as a “serious incident” by Iran’s AIB, who are now investigating the case.