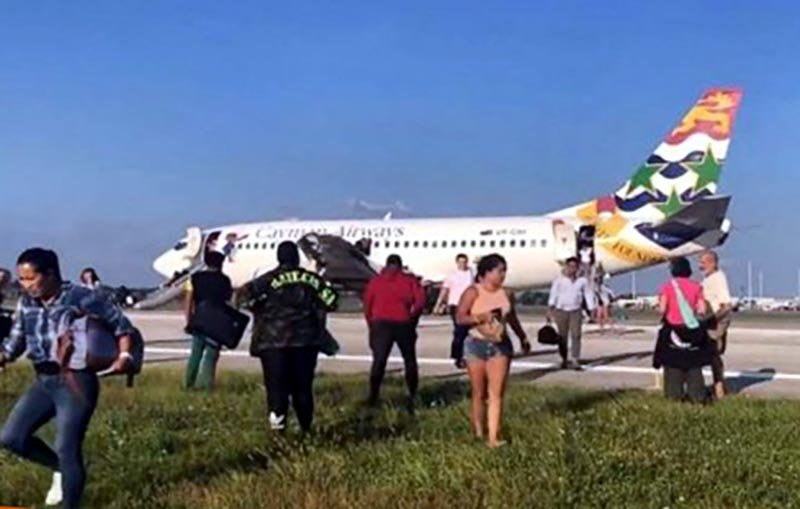 The captain of a Cayman Airways flight bound for New York City was forced to make an emergency landing in Orlando on Sunday afternoon after smoke was detected in one of the jet’s cargo holds.

The jet deployed emergency slides on the runway “with the uncertainty of what was causing the indication,” according to Cayman Airways.

Cayman Airways said there is no evidence there was actually ever smoke in the cargo hold.

There were 103 passengers and five crew members on board.