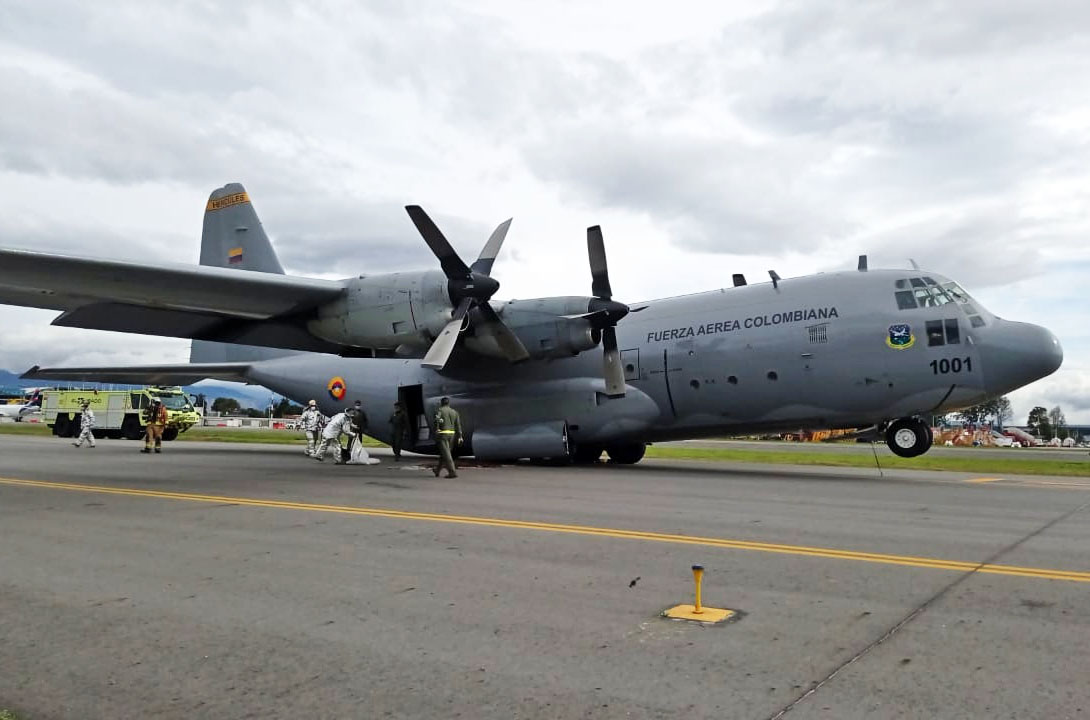 The aircraft with registration FAC1001 was carrying out a transport mission. The aircraft had taken off from Bogota bound for Tres Esquinas Air Base in Colombia.

However, the pilots reported an indication of failure during the initial climb and returned to the airport of origin after declaring an emergency.

When the aircraft taxied back to its base, it suffered a failure in its hydraulic system, which caused the aircraft to be tilted with its nose and front landing gear raised off the ground.

The preliminary report indicates that there were no injuries or significant damage in the accident. The Air Force Inspection General has begun investigative tasks to determine the causes of the incident.