INCIDENT easyJet flight forced to make emergency landing in Faro, Portugal after row breaks out between groups of British men 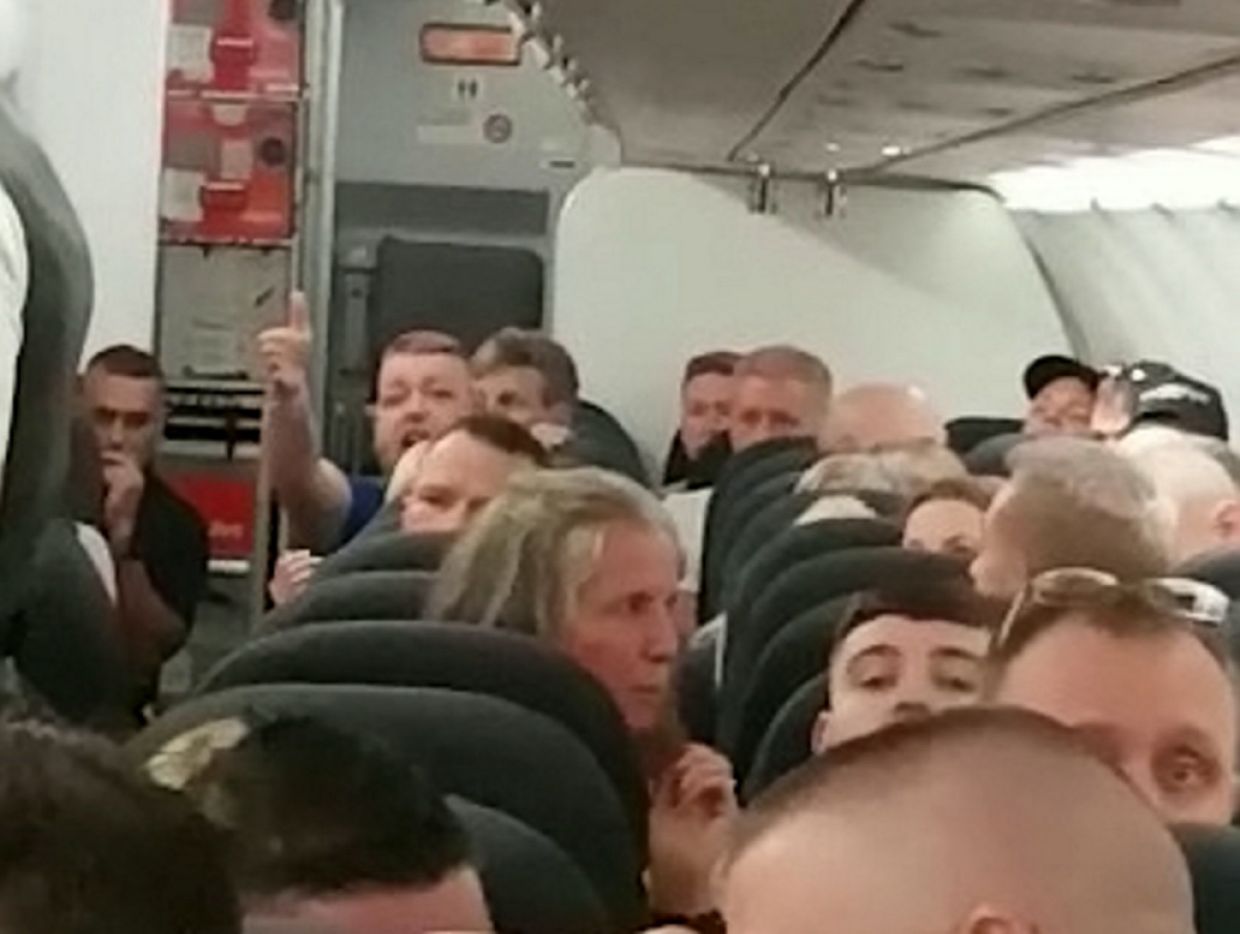 Seven Britons were reportedly escorted off a budget flight after it was forced to make an emergency landing when a row broke out.

Onlookers claim the easyJet flight from Manchester to Tenerife was forced to divert to Portugal after an argument between two groups of men that saw one allegedly spit at a woman.

The row is said to have broken out around two hours after the plane took off at 5.35pm on Thursday 3 October.

Witnesses said a group of four men at the back of the plane started punching each other but were broken up by a member of the cabin crew, who moved one of the men to the front of the plane.

But according to reports, the man returned to the group, where the argument broke out again.

As passengers tried to break up the fight, one of the men is said to have spat in a woman’s eye.