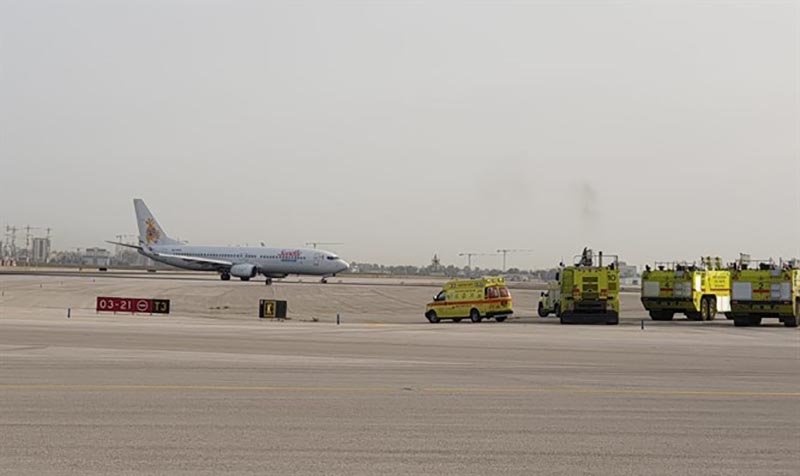 A Boeing 737-800 operated by El Al was forced to make an emergency landing at Israel’s Ben Gurion International Airport Monday morning, after the plane suffered a mechanical failure.

The plane, which had been carrying 138 people, most of them teens on a youth trip to Poland ahead of Holocaust Remembrance Day, was en route to Warsaw when the pilot reported a mechanical failure onboard the plane.

Ben Gurion International Airport declared a state of emergency as the plane was forced to turn back make an emergency landing there. All other landings and takeoffs at Ben Gurion were halted.

Airport officials reported Monday morning that LY563 successfully completed the emergency landing, returning safely to Ben Gurion with no injuries among the passengers or crew.