Emirates A380 collapsed onto its nose during routine maintenance check 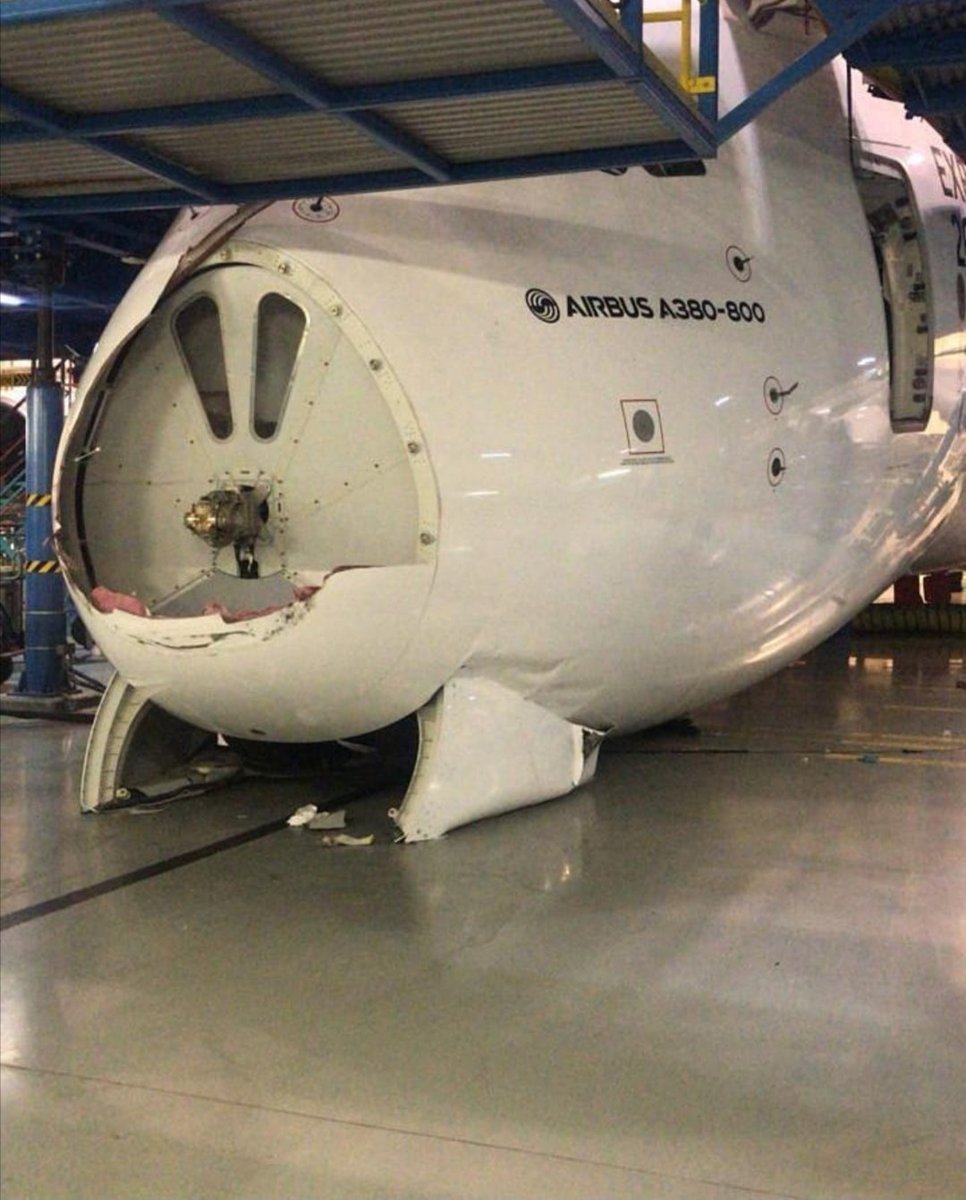 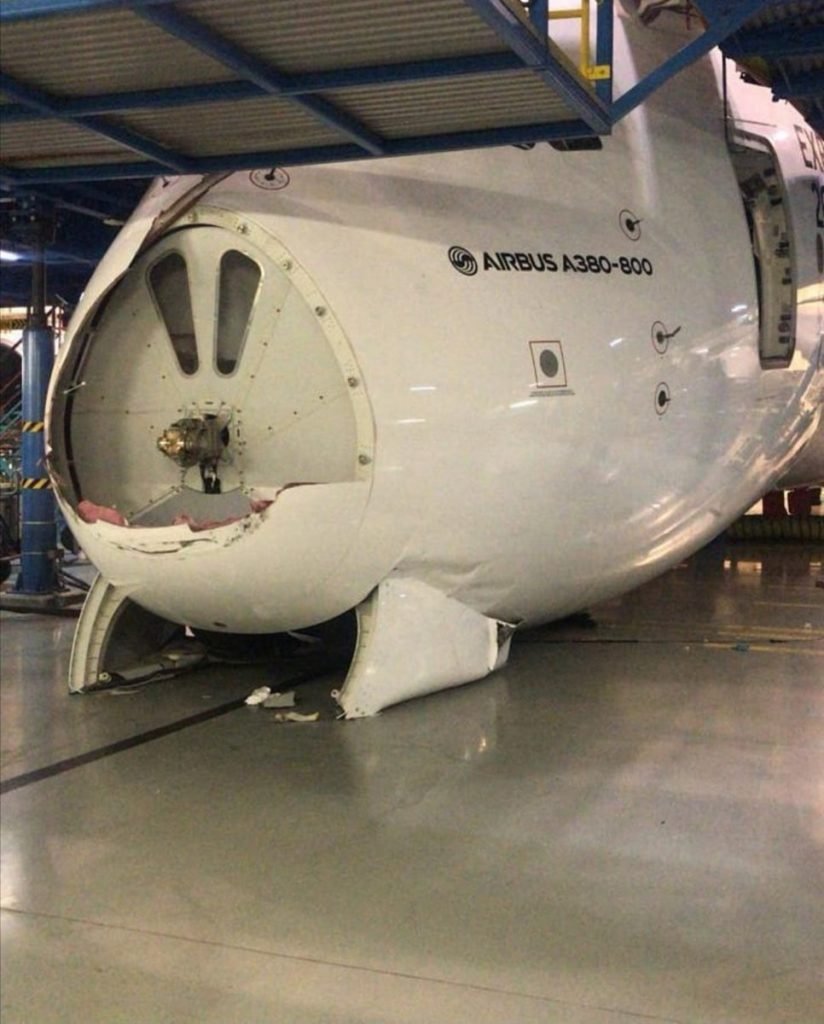 An Emirates A380-800 suffered structural damage during routine maintenance check.

The incident occurred on 22 August at an Emirates maintenance hangar at Dubai International Airport.

According to FATIII Aviation, an engineer retracted the aircraft’s landing gear without the required pin inserted when the aircraft was not on a support stanchion.

The incident has left the Airbus A380-800 (reg. A6-EOP) with radome and structural damage.