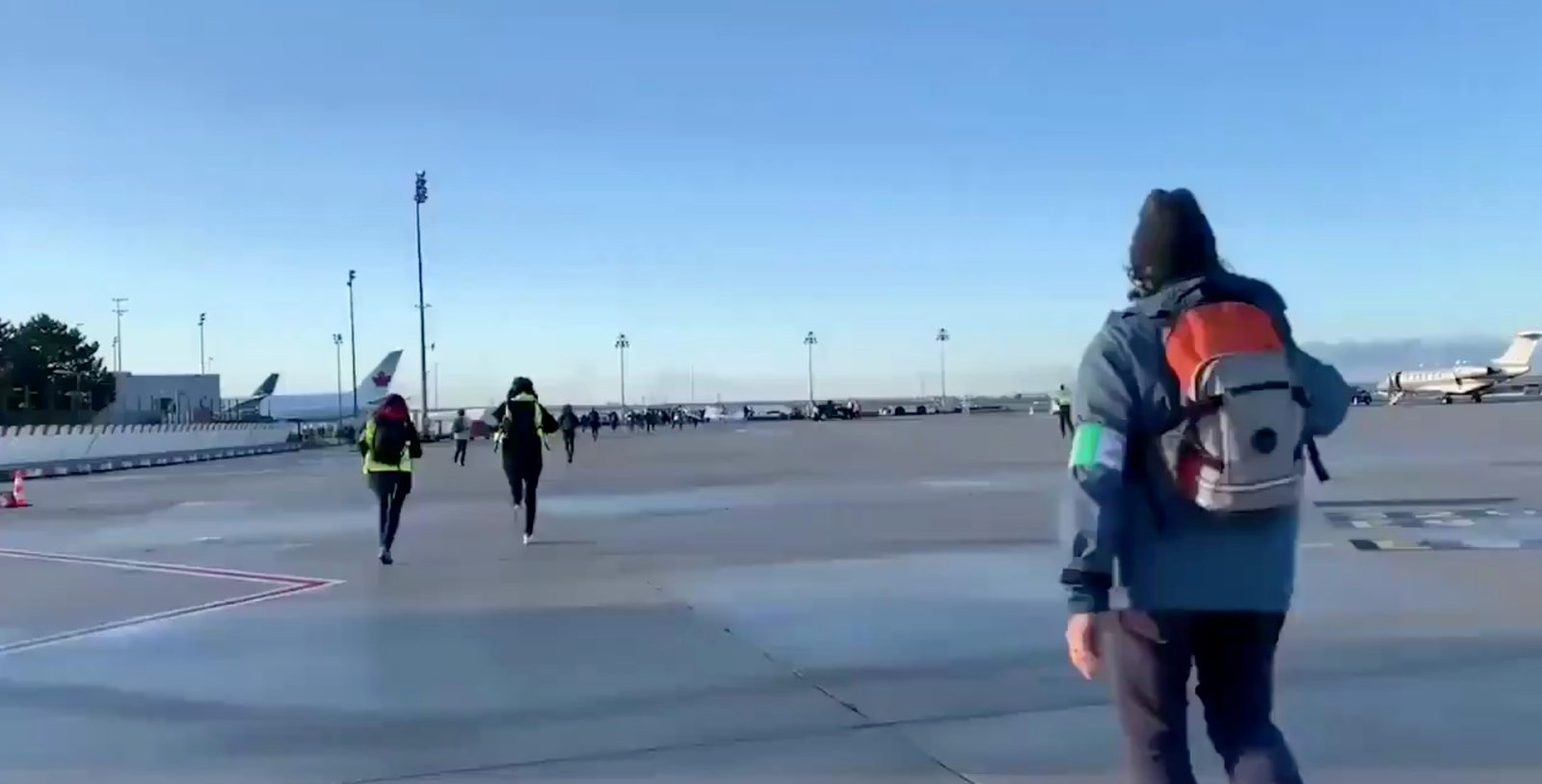 About 40 environmental activists were arrested after entering the tarmac at Roissy-Charles-de-Gaulle airport on Saturday, October 3.

The militants “broke in” around 9 am through a fence and were “blocked by the police at Terminal 2A on the tarmac”, where several planes were parked.

The airport said the activists didn’t reach the runways.

The Action Climat Paris Twitter account posted footage showing the militants passing over a fence, then posing in front of a plane before the intervention of the police.

By mid-morning, the evacuation was still in progress, but traffic was not disrupted.

ANV-COP 21 and Alternatiba announced in a press release that “87 people managed to enter the tarmac at Roissy and block the take-off of a plane” .