INCIDENT Ethiopian Boeing 777 skidded off the runway in Lagos 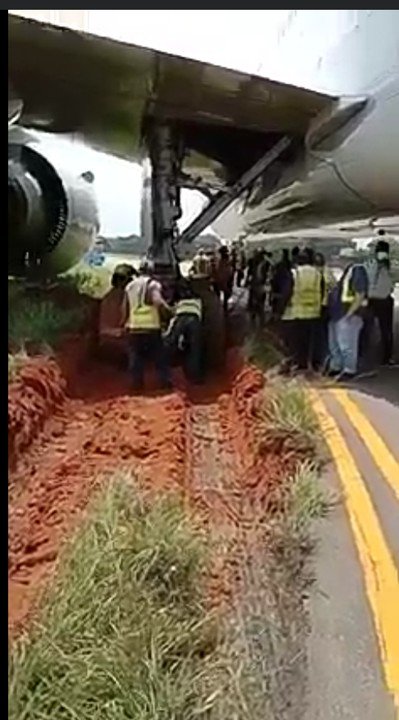 An Ethiopian Airlines Boeing 777-300ER skidded off the runway while taxiing after landing at Lagos International Airport, Nigeria.

The Boeing 777, with registration ET-ASL, was performing flight ET3905 from Addis Ababa to Lagos Murtala Mohammed Airport. The aircraft was operating a cargo flight on Wednesday morning.

Emergency services were dispatched immediately. The Ethiopian 777 aircraft was finally towed 3 hours after the incident. This passenger aircraft was converted for cargo operations due to a sharp rise in demand for air cargo.