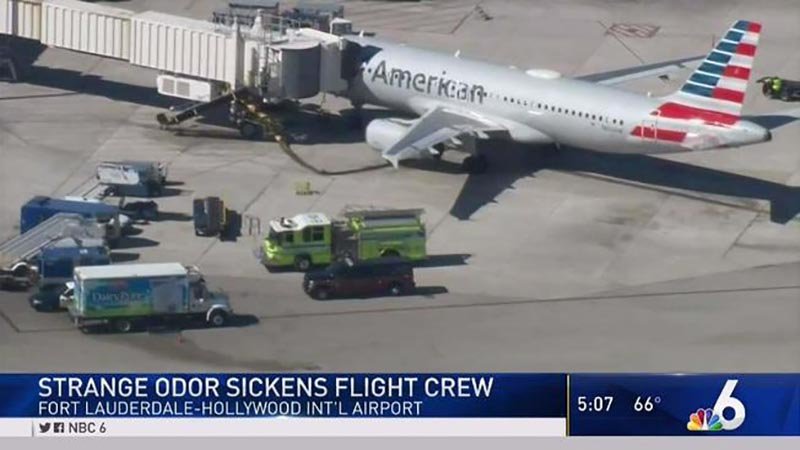 Shortly before landing, crew members complained of an odour on board a spokeswoman said.

The Airbus 320 with 137 passengers and a crew of five, landed safely and taxied to the gate. Two pilots and three flight attendants asked to be taken to the hospital as a precaution.