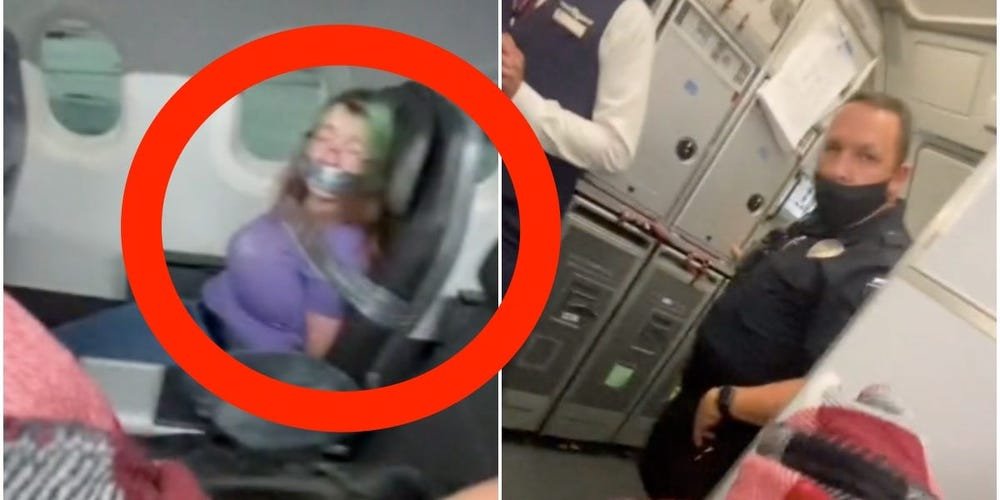 A woman who tried to open the door of a flying American Airlines Airbus A321 was duck-taped to the seat. The video went viral on social media showing the woman tied the seat with duct tape on her mouth, arms and body.

The woman was made unable to move to cope with the situation. The Airbus A321 was en route to Charlotte, North Carolina, from Dallas, Texas, as flight AA1774. One of the passengers filmed a video and posted it on the internet.

A grey-haired woman can be seen in first-class, tied to the seat, trying to scream at passengers after the aircraft landed. The woman also physically assaulted a flight attendant resulting in injury.

Passengers explained that the flight attendants were running all over the plane. They were locking bathrooms and grabbing bags from the overhead bins. But they weren’t addressing the issue. Later a pilot asked the passengers to remain seated because of “a bad situation in the plane”.

No further elaboration was given on the flight. As the aircraft was about to land, a flight attendant told passengers about the women.

Apparently, the women had some mental issues. The woman was screaming and banging at the door. It took 5 flight attendants to take her down. The woman was then taken to hospital in Charlotte.