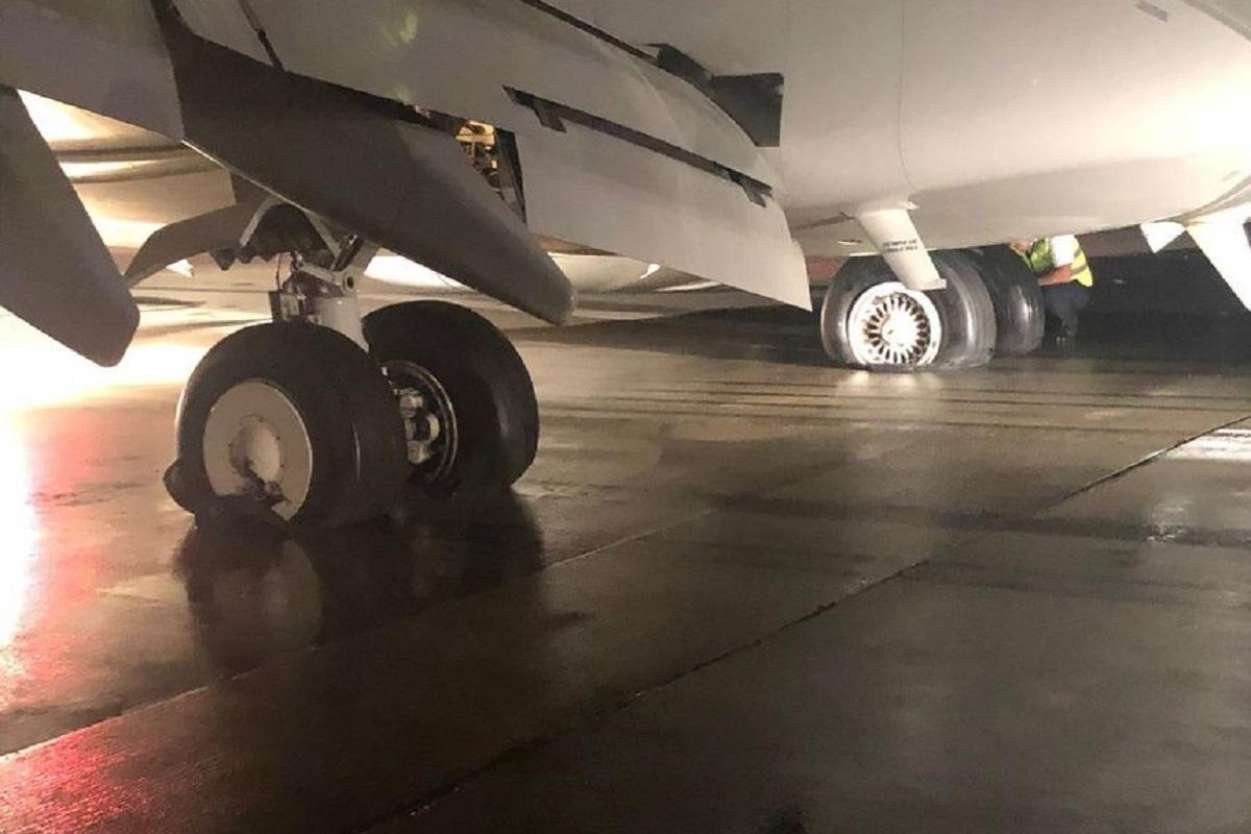 A Flyegypt Boeing 737-700 had all the tires on its main landing gear blown out during landing at Cluj-Napoca International Airport in Romania.

The Boeing 737-700, with registration SU-TMM, was operating flight FT-3103 from Hurghada in Egypt to Cluj-Napoca International Airport in Romania with 113 people on board on Friday, October 15.

Upon touchdown on runway 25 at 19:34 local time, all the tires were blown out. The Air Traffic controller reportedly observed sparks and flames from the main landing gear.

The aircraft came to a stop at about 3370 feet past the runway threshold with all four main landing gear tires blown out. The aircraft was towed off the runway.