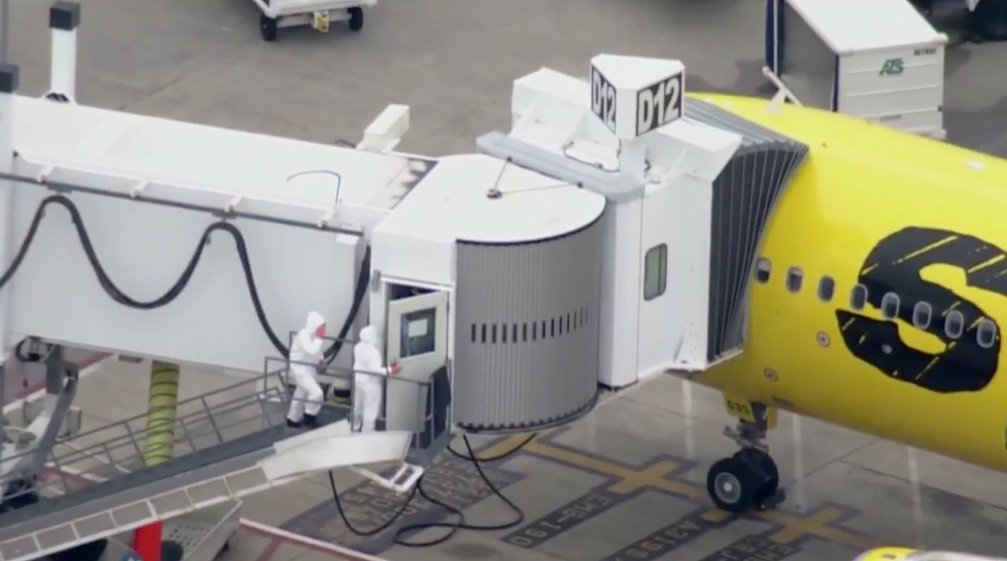 The Baltimore-bound flight 614 from Minneapolis-St. Paul landed safely at BWI following a report of a medical emergency.

The BWI Marshall Airport Fire and Rescue Department responded to the report of possible sick individuals on board the aircraft.

“It’s important to note there is no evidence this incident has any connection to COVID-19, and none of the Guests and Spirit Team Members showed any symptoms of COVID-19,” Spirit Airlines said in a statement to WJZ. “Out of an abundance of caution, first responders transported four flight attendants for evaluation. None of the Guests needed medical attention.”

The plane will undergo maintenance checks and a deep cleaning.

Chopper video of the scene showed fire personnel responding to the scene. Two people in what looked like hazmat suits entered the Spirit plane that just arrived at the terminal.

The four flight attendants were transported to local hospitals for treatment.