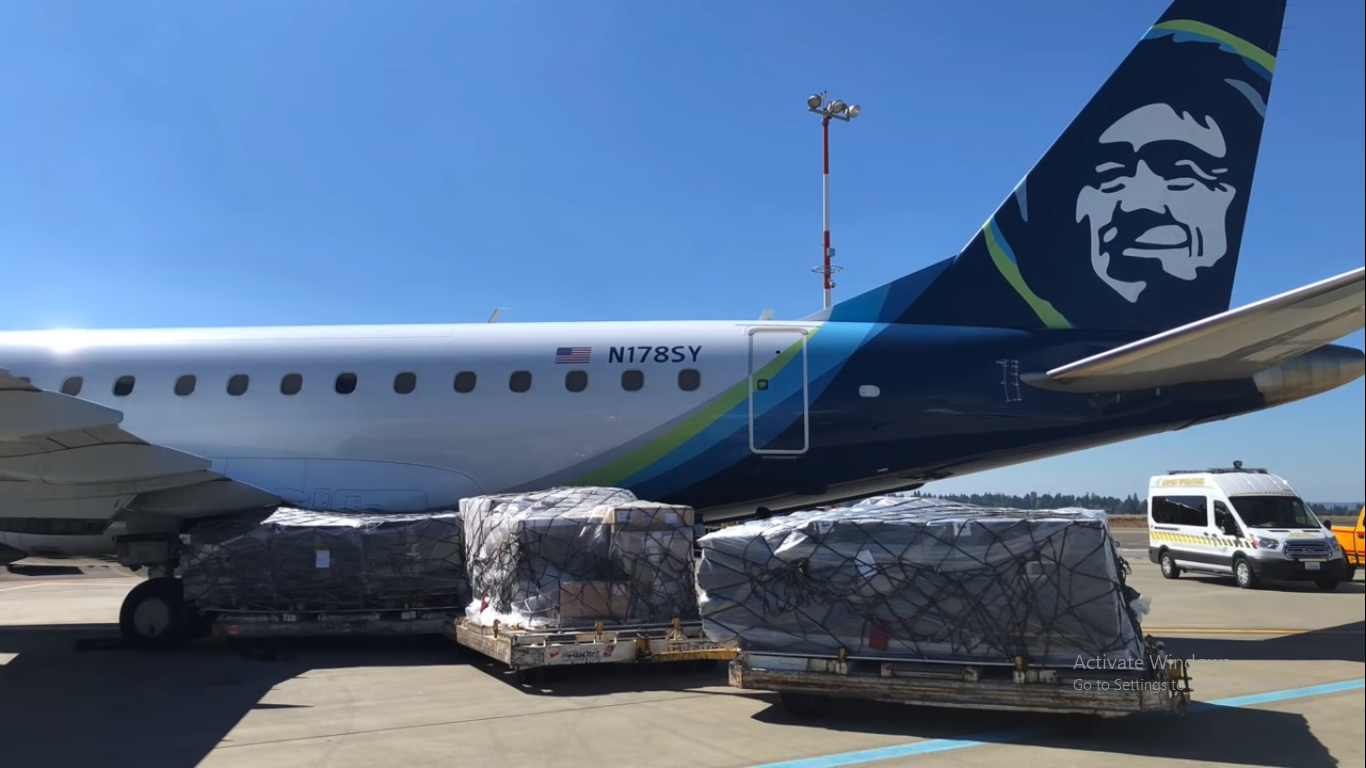 A Skywest Embraer E-175 was damaged when it was hit by 3 fully loaded cargo dollies while parked at Seattle Tacoma International Airport. The Embraer was the only parked airplane in the vicinity at that time.

The three Lufthansa freight dollies detached from a runaway train. The total collective weight of the three dollies was approximately 17,500 pounds. The incident took place back in September.

The Embraer E-175, with registration N178SY, was struck from behind the left wing at the wing root. The inner tire of the landing gear was punctured, and the tongue of the first dolly heavily damaged the landing gear.

The aircraft also sustained damage on its left main landing gear door, along with the side of the fuselage where the cargo dollies came to rest.