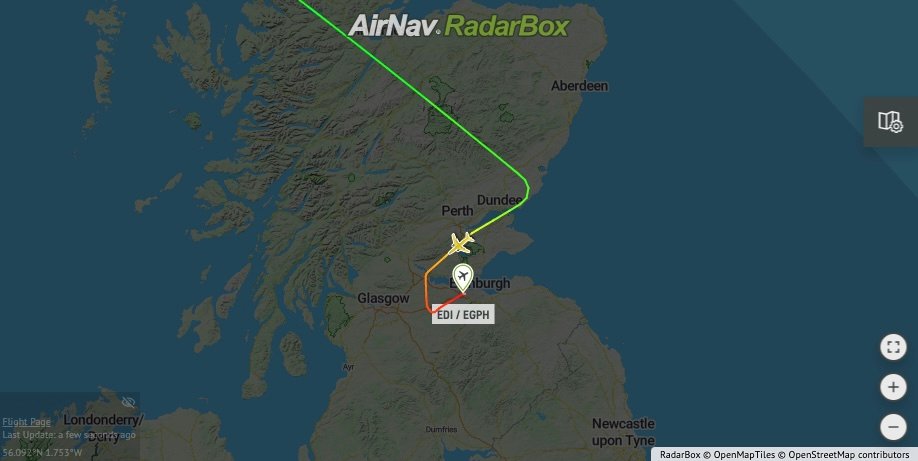 The German national team are “fine” after their plane was forced to make an emergency landing in Edinburgh on the way back from Iceland.

The KlasJet flight left Reykjavik at 2am following Germany’s 4-0 win over Iceland and was heading to Frankfurt but got into difficulty approximately three miles west of Arbroath.

The Boeing 737-500 has declared an emergency and made an abrupt turn between Dundee and Arbroath before taking 20 minutes to land in the Scottish capital at 4am.

The team Tweeted a message in German that read, “Safety first. Safe stopover as a precaution in Edinburgh. From there, individual onward and return journeys are planned.”

The plane that the Germany players were originally on did not take off again.