INCIDENT Gomair Boeing 737 has been damaged at Kananga Airport 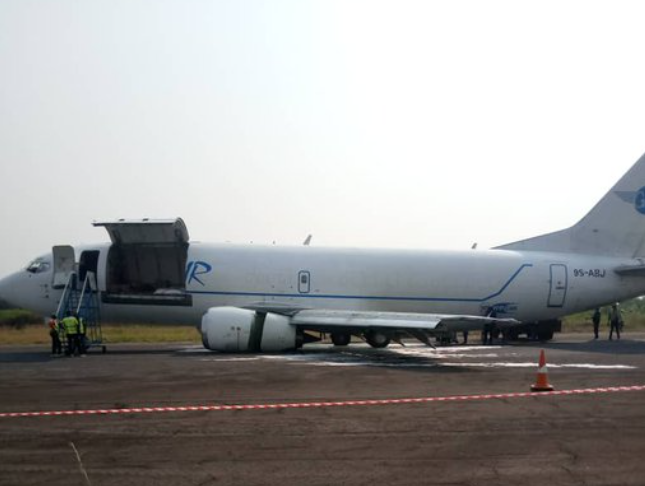 The Boeing 737-300F, with registration 9S-ABJ, was a performing flight from Lubumbashi to Kananga when its left gear collapsed on landing.

After the left main gear got collapsed, the cargo aircraft came to a stop on the runway safely and no one was injured in the incident.

2022-06-16: Gomair Boeing 737-300F (9S-ABJ, built 1988) was damaged when the left maingear gave way on landing at Kananga Airport (FZUA), DR Congo. The aircraft took off at Lubumbashi. The cargo aircraft came to a safe stop and no one was hurt. @Infocongo https://t.co/nef4q5BiEk pic.twitter.com/ebFbtD7hJH

Commenting on this event, an official in Kananga said:

“The aircraft stayed overnight in Lubumbashi and was in transit for Kinshasa. The pilot badly handled the landing and got stuck. For the moment the aircraft is blocking the airstrip and no other can land.”