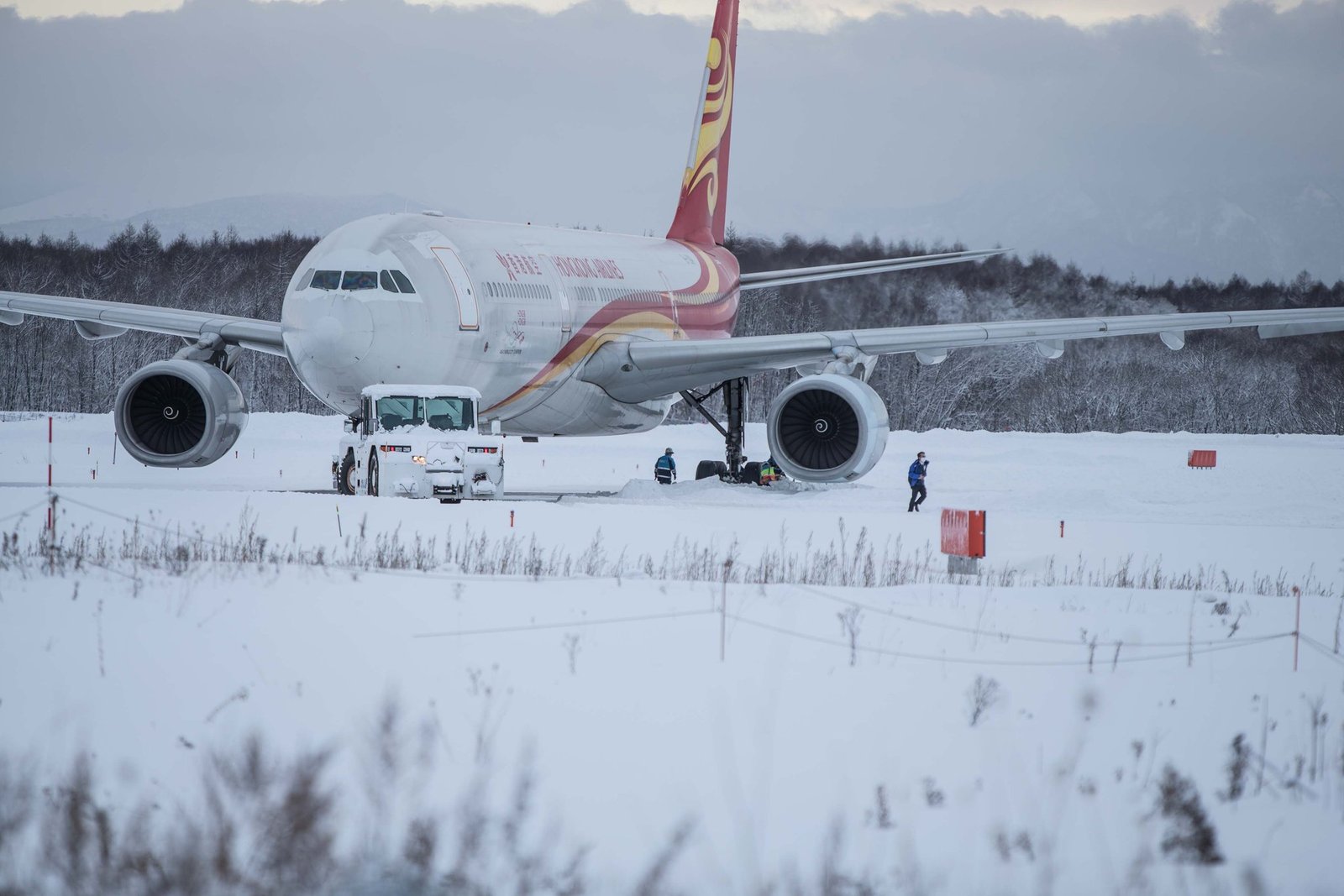 The A330 ended up being stuck in the thick layer of snow and was eventually rescued by the ground crew and towed to the gate.

The video shared shows the A330 stopped at the place where it was stuck, and the ground crew applying power to the engines to try to overcome the difficulty and start moving again.

However, they were unsuccessful, and the ground crew removed the snow from the surrounding landing gear so that the plane could move.

The registration and status of the aircraft are not disclosed as of now.