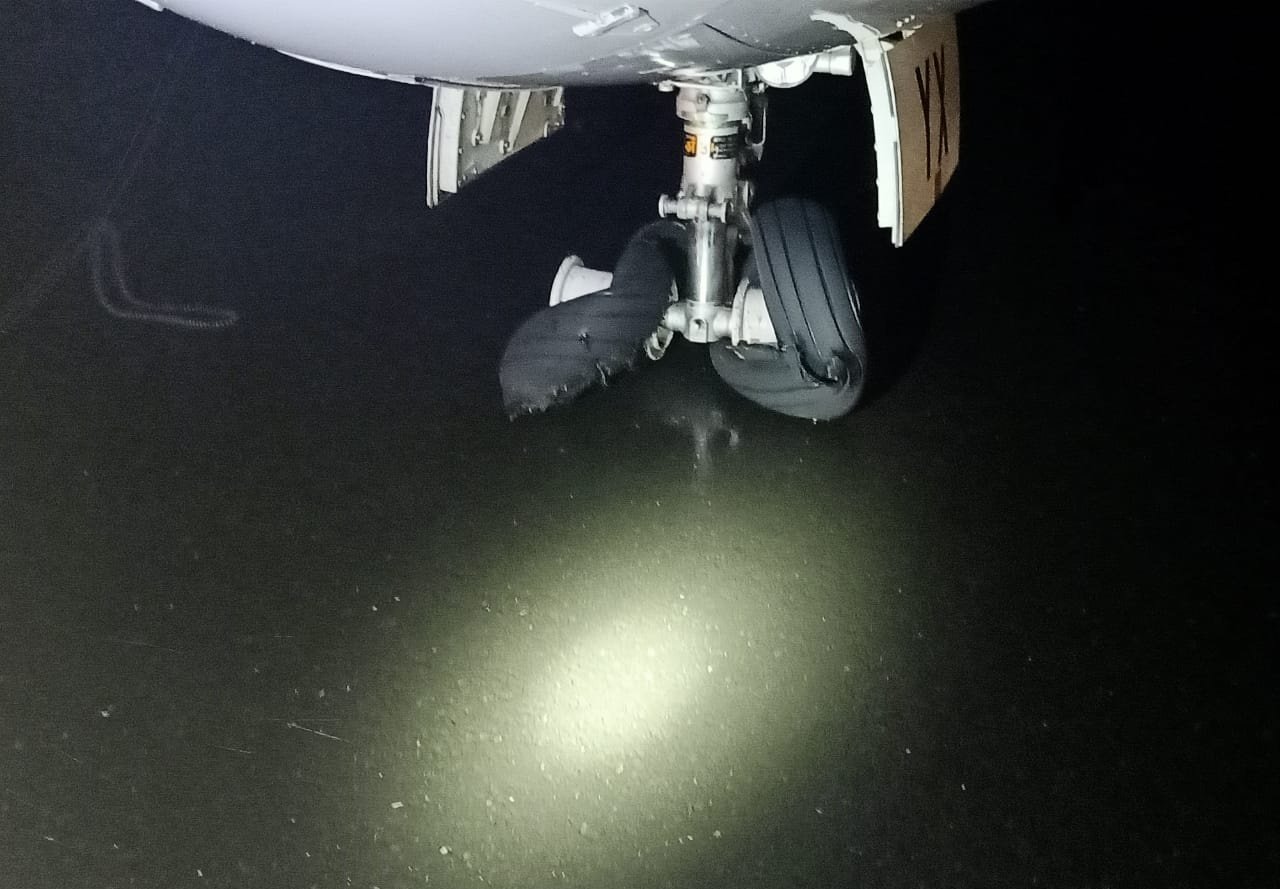 An Indigo ATR 72-600 suffered a tyre burst during a second attempt to land at Hubbali Airport on Monday this week.

The aircraft, with registration VT-IYX, was operating flight 6E-7979 from Kannur to Hubbali in Karnataka with 11 people, including 4 crew members on board.

The ATR took off Kanpur at 18:45 and touched down for the first time at Habbali’s runway 26 at 20:03. However, the aircraft took off immediately due to strong gusting crosswinds and went around.

The aircraft then entered into a holding pattern and landed again at 20:32, suffering the tire burst eventually. The crew then reported that they suspected burst tyres and stopped on the runway as both nose gear tyres were blown.

– Aircraft remained stuck in the middle of runway, now pulled out.

No injuries were reported, and the aircraft was towed off the runway. The runway was reportedly closed for nearly 4 hours. In a statement, an airline spokesperson said:

“IndiGo ATR operating 6e-7979 from Kannur to Hubballi reported Tyre Burst at Hubli upon arrival yesterday (Monday) evening. All passengers and crew are safe. Aircraft is currently under maintenance checks at Hubballi.”