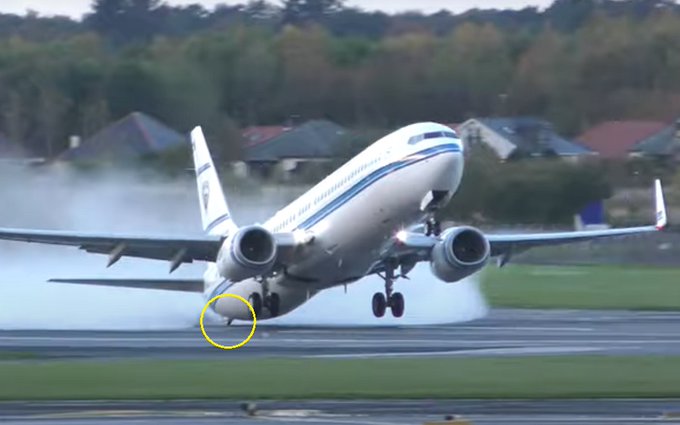 The State of Kuwait Boeing 737-900BBJ, with registration 9K-GCC, was departing runway 12 as flight KUG007 to Birmingham when it hit the runway, as the plane rotated and started to lift off the ground. The aircraft made a safe landing in Birmingham.

The aircraft arrived at Glasgow with Kuwaiti leader on board to attend the COP26, the United Nations Climate Conference taking place between October 31st & November 11th.

Noticeable smoke can be seen as soon as the plane starts rotating, as seen in the video shared on YouTube: