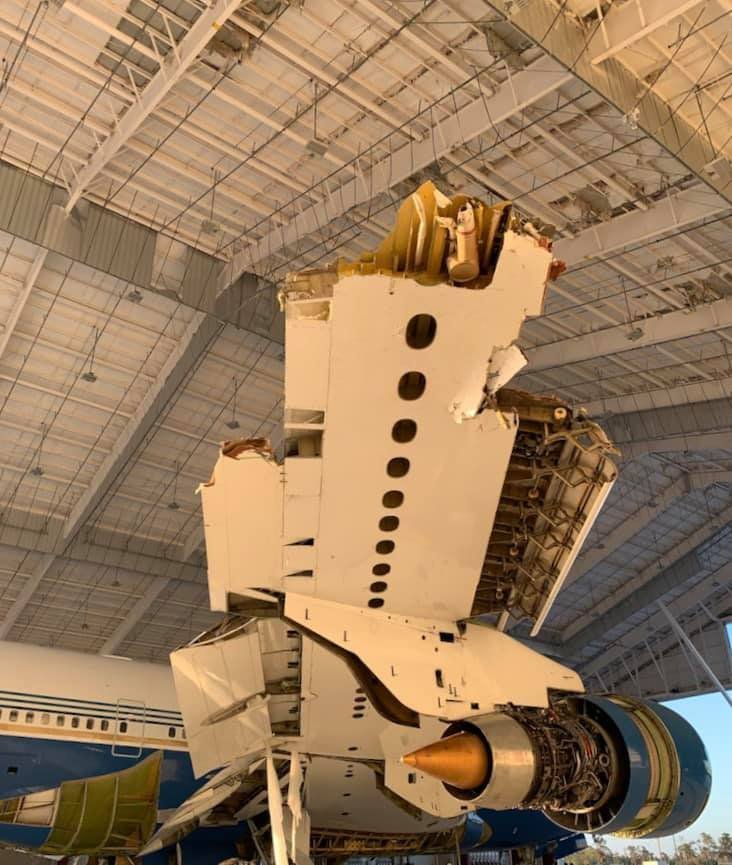 A Boeing 747SP was critically damaged in a hangar during hurricane in Lake Charles, LA, USA.

In recent images that appeared on social networks, a Boeing B747SPs can be seen badly damaged in a hangar in Lake Charles, LA, USA after hurricane Laura in September. 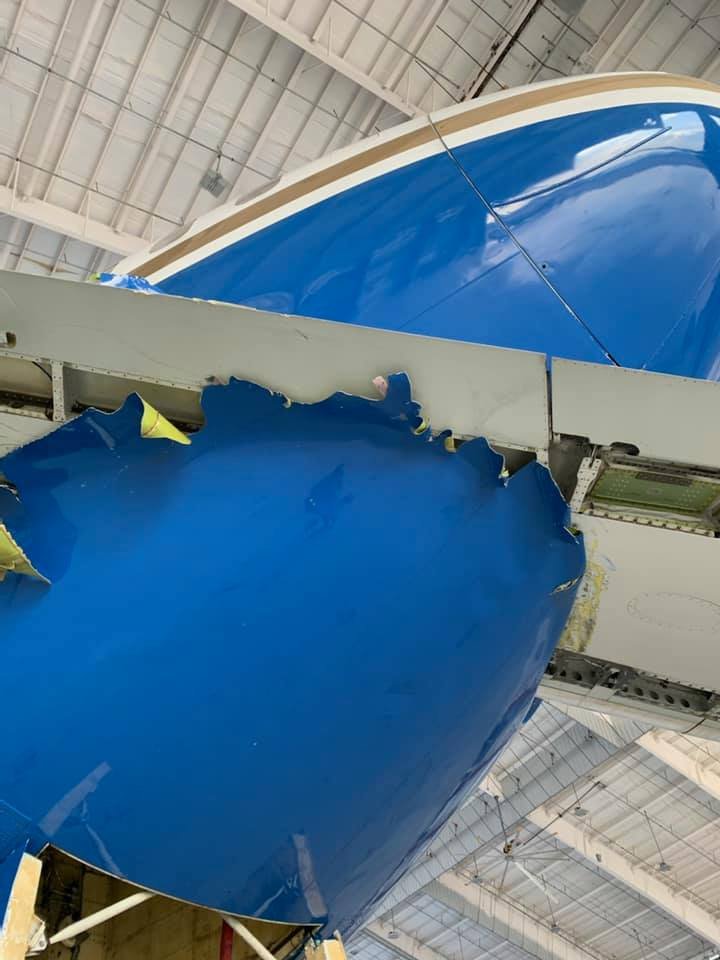 Apparently, the plane has hit the wing of another plane that has become embedded in the front, just below the cabin. Also its right wing has collided with one of the hangar pillars resulting in the breakage of the wingtip.