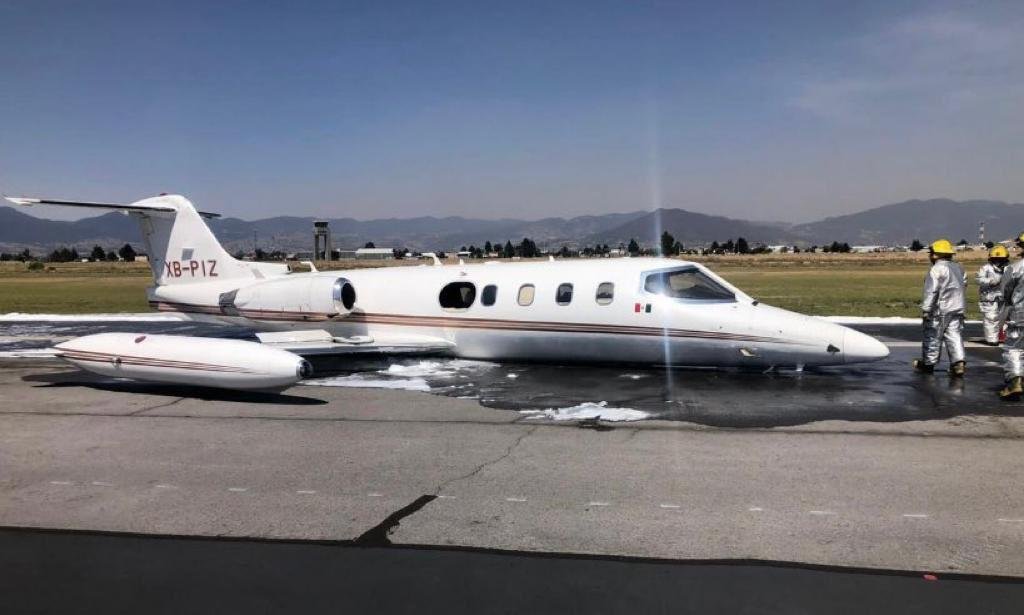 The aircraft with registration XB-PIZ was operating a flight from Cancun, Quintana Roo, with seven passengers and two crew members.

The AIT reported that it closed its runway from 3:27 p.m. after the aircraft a belly landing this Sunday. Along with the airport fire department and the Mexican Red Cross, emergency brigades have assisted the people on board.

Footage shared on the internet shows emergency units spraying water on the aircraft.

The Federal Civil Aviation Agency will investigate to find out the causes of the accident. The aircraft has sustained serious fire damage on its left side.