INCIDENT Multiple fights broke out between passengers at Minneapolis airport 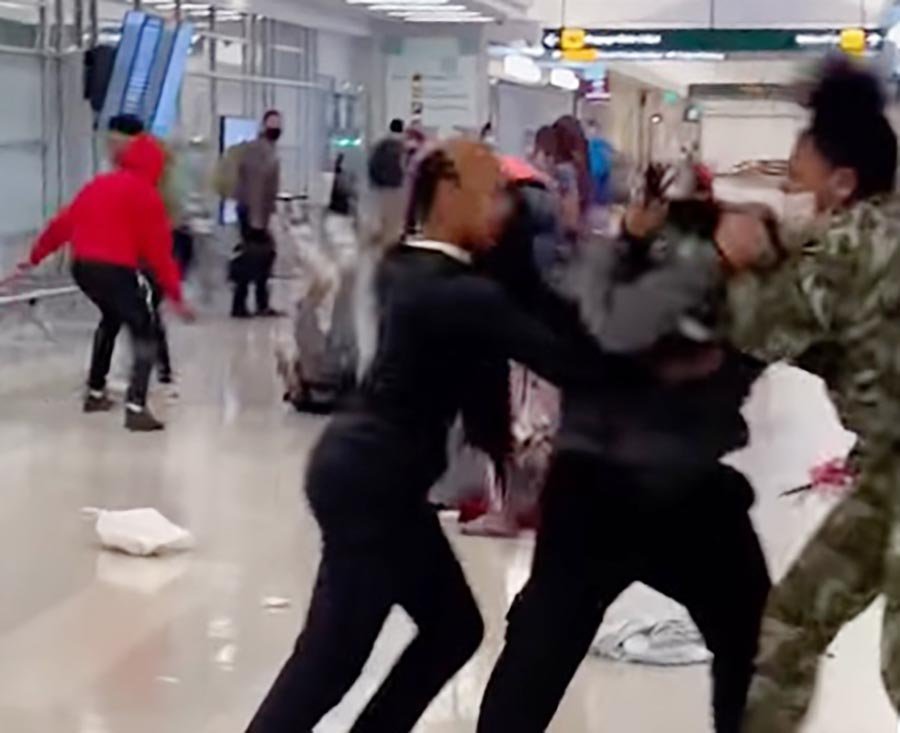 Multiple fights broke out between passengers at Minneapolis airport after a flight landed on Friday 26 November.

The incident occurred just before midnight, after a Frontier Airlines service touched down.

The violent outburst, which took place at the airport’s terminal 2, was caught on camera and shared on social media.

One video uploaded to Facebook shows various groups of people hitting and punching each other, as other passengers watch in stunned confusion.

Jaziah Petit shared footage with the caption: “Sooo this what we on Minneapolis? As soon as we get off the plane they fighting oh and let’s not talk about how they had about three rounds in before the police came and when the police came they watched, it’s the little sister with the pole for meeeee.”

At one point, a traveller picks up what looks like a heavyweight barrier or bollard and attempts to hit someone with it.

“Some of the individuals threw stanchions [an upright bar, post, or frame forming a support or barrier] and broke chairs,” airport spokesperson Patrick Hogan told Minnesota newspaper the Star Tribune.

He said that police had responded to the brawl at baggage claim within a minute and a half to “keep the peace”, adding that “the focus at the time was on restoring peace and getting everyone safely to ground transportation and away from the airport.”

Although police are investigating, no one involved has been arrested at the time of writing.

Police are reviewing information and evidence gathered at the scene before charging individual passengers, according to Hogan.

Paramedics were also called to tend to passengers – injuries were deemed to be minor and all parties declined to be taken to hospital.