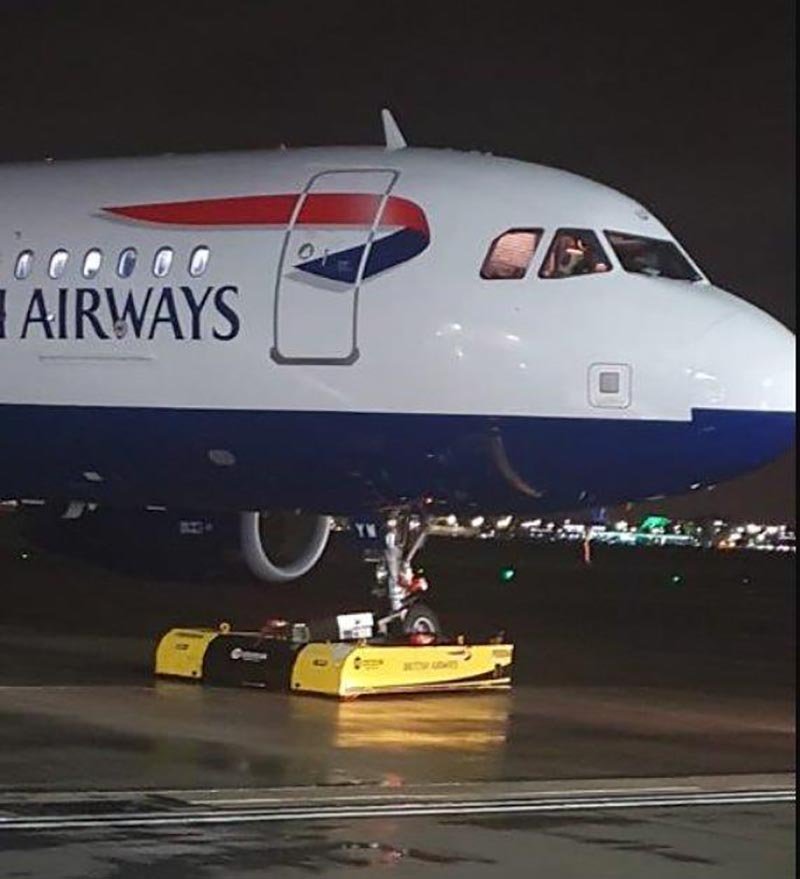 A British Airways A320 was damaged at London Heathrow on Saturday.

An automated pusback tug has damaged a British Airways A320 (reg. G-EUYW) at London Heathrow on Saturday evening.

Flight #BA972 from London Heathrow to Hamburg was cancelled as the automated tug damaged the nose gear of the aircraft during pushback.

This incident looks to be an operator error. Ground workers had trouble to remove the robot.