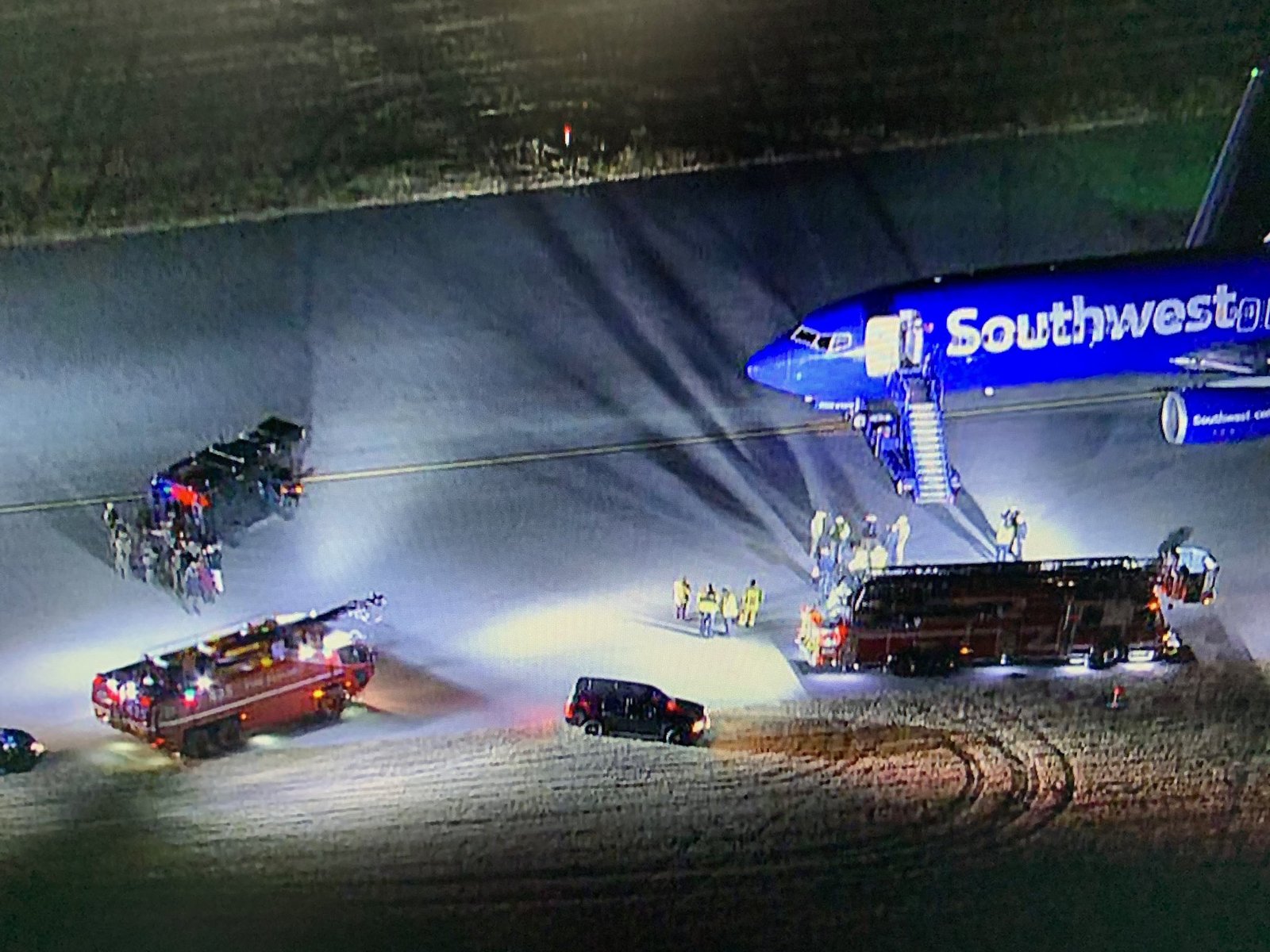 Via Reuters, news from Southwest saying 101 people have been evacuated from a flight at Baltimore/Washington International Airport after crew found a written threat upon arrival.

Nearly 100 passengers were evacuated from a Southwest Airlines plane at Baltimore/Washington International Thurgood Marshall Airport after receiving a written threat.

Spokespeople from Southwest and the FBI’s Baltimore office confirmed to FOX Business that the threat occurred Monday night.

“Earlier this evening, the Crew onboard flight 2104 identified a written threat upon arrival into Baltimore/Washington International Thurgood Marshall Airport. Our Crew followed protocol by notifying the appropriate authorities and moving the aircraft to a remote location while awaiting further instruction,” a spokeswoman for Southwest wrote via email. “The authorities promptly arrived and boarded the aircraft, safely transferring the 95 passengers and six Crewmembers to the airport terminal via buses.”

Exact details of what was written in the threat or the method of how it was delivered were not shared when requested.

The plane has reportedly been cleared and passengers are being reunited with their luggage.