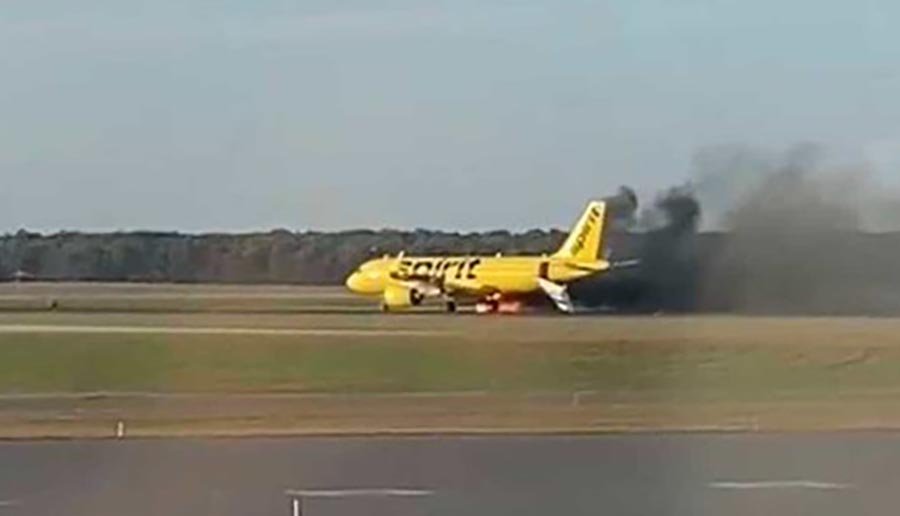 Passengers of a Spirit Airlines A320 were forced to evacuate via emergency slide at Atlantic City Airport.

The Airbus A320 (reg. N922NK) was performing flight #NK3044 from Atlantic City Airport to Ft Lauderdale.

The plane suffered a birdstrike and a fire in engine #2 during its take-off on runway 31.

The passengers were evacuated on the runway. No serious injuries reported.