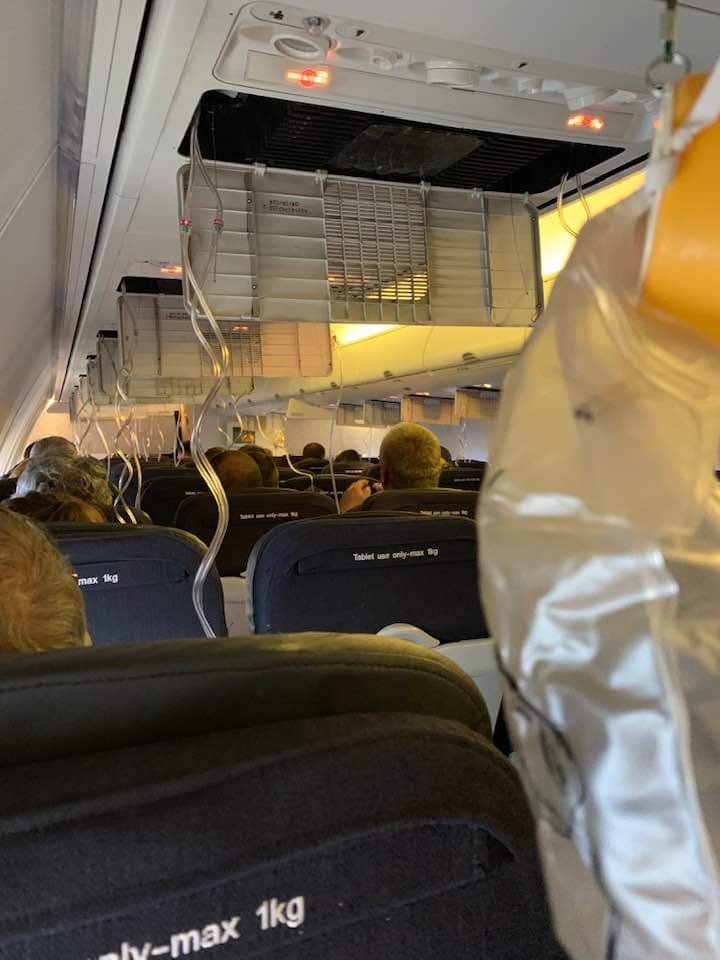 Mid-air scare on Qantas flight from Adelaide to Canberra

Qantas passengers have cried in fear during a mid-air scare on a flight from Adelaide to Canberra. They heard a loud bang before oxygen masks fell from the ceiling and the plane was forced to divert to Melbourne.www.7plus.com.au/news #Qantas #7News

Passengers were forced to wear oxygen masks as a flight from Adelaide to Canberra was diverted to Melbourne on Tuesday morning following a mid-air incident.

The QF706 flight, which departed Adelaide just after 6.10am, was given a priority landing at Melbourne Airport.

A loud bang was heard from the back of the Qantas aircraft before the plane made a rapid descent from 25,000ft to 10,000ft. Oxygen masks came down from above.

Once the plane dropped to the necessary altitude, passengers were able to take off their masks.

A Qantas spokesperson said the pilots and cabin crew “handled the incident in line with standard operating procedures”.

Passengers were transferred to other flights while the aircraft was examined by engineers in Melbourne to find out exactly what went wrong.

The Australian Transport Safety Bureau has launched a preliminary investigation into the incident.