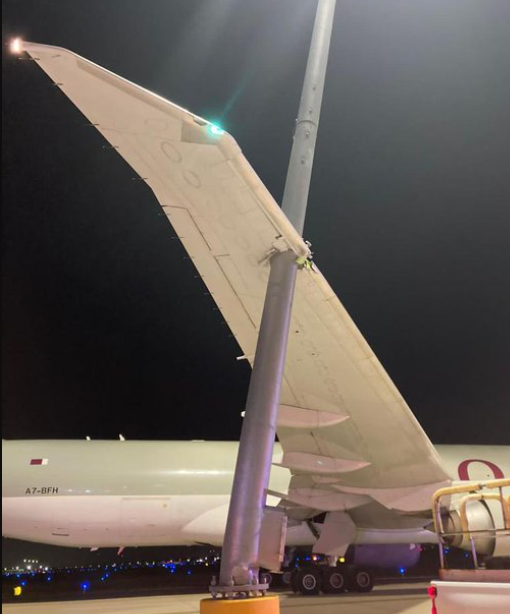 “Qatar Airways can confirm that a cargo aircraft, QR8141, operating from Atlanta to Chicago, came into touch with a light post while taxiing at Chicago O’Hare and received some wing damage,” Qatar Airways spokesperson said.

According to an airline representative, no crew members were injured in the incident and the incident is being investigated.