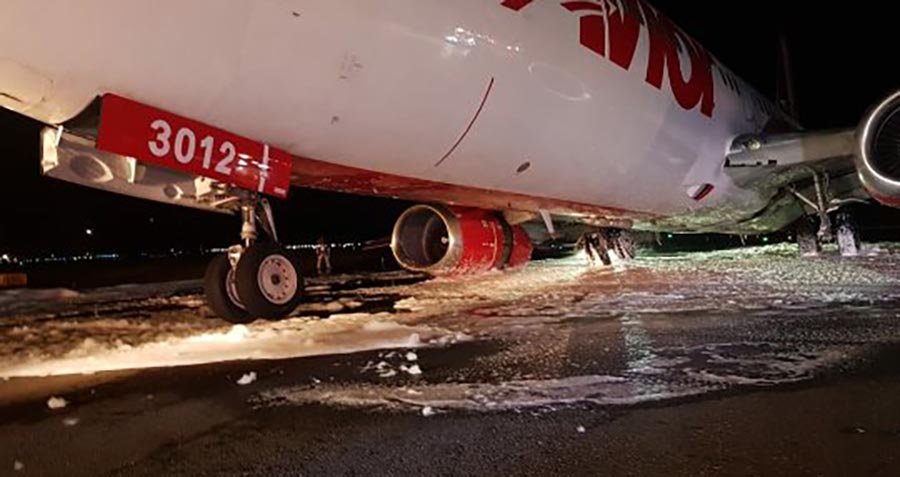 A Boeing 737 with 88 people on board suffered a serious landing gear malfunction when touching down in Bogota, Colombia, on Saturday, causing it to list to one side, with one engine scraping the ground.

The landing gear on the right side of the Venezuelan Avior Airlines plane collapsed, causing the aircraft to tilt dramatically and drag the engine on one wing along the ground, throwing up a shower of fiery sparks as horrified passengers looked on.

When the plane came to a halt, passengers and crew quickly evacuated and fire crews sprayed the aircraft with foam to prevent a fire erupting from the damaged wing and fuel line.