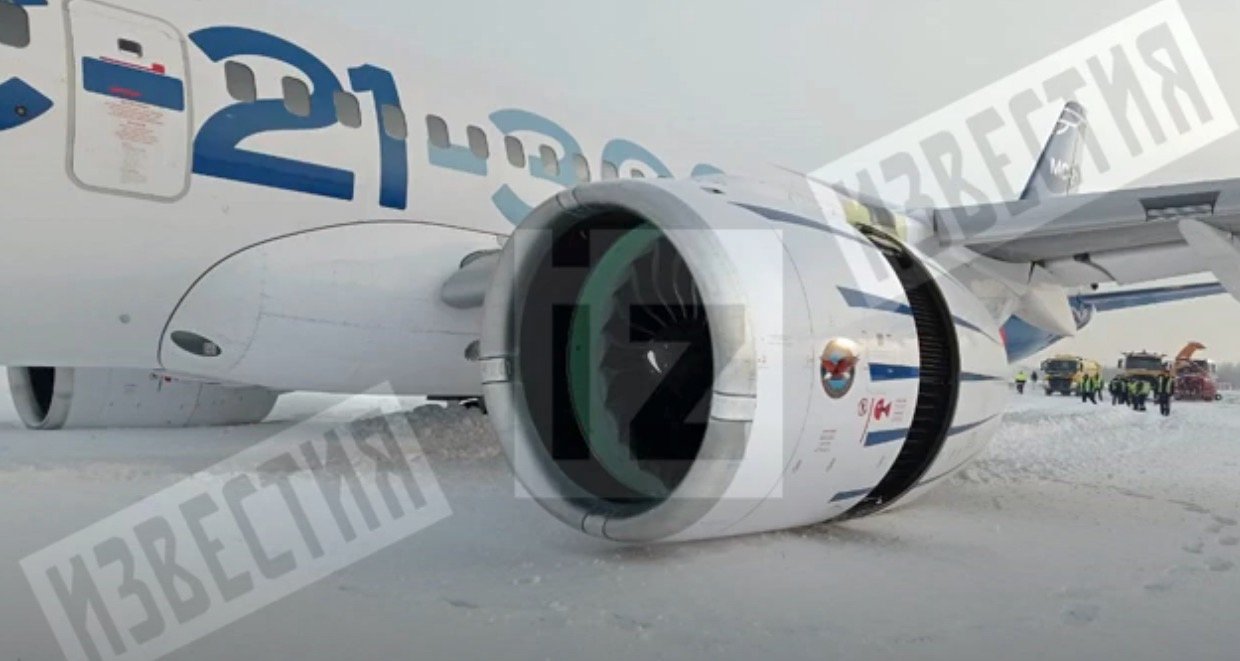 The footage shows the plane standing outside the runway. The incident happened today for an unknown reason.

However a source said the roll-out occurred during maneuvers on the runway.

There were no casualties and the degree of damage to the aircraft is being established.

The MC-21 aircraft performed an experimental flight with test pilots.