INCIDENT Ryanair #FR4052 made an emergency descent to Brest, France after a possible fire 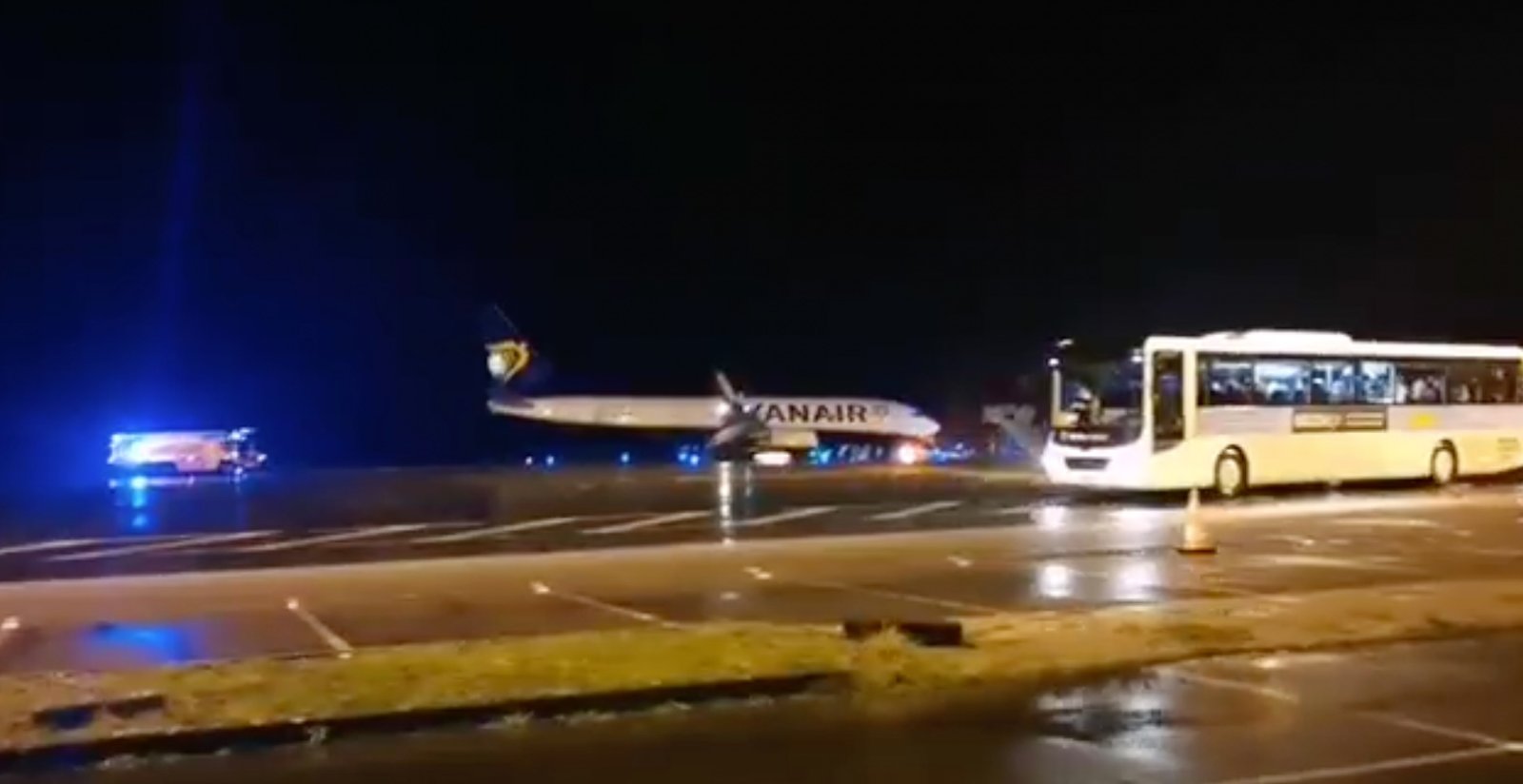 A Ryanair flight has been forced to make an emergency landing in France after a fire broke out on board.

Flight FR4052 took off from Manchester at 6.33pm on Monday headed for Faro, southern Portugal, where it was expected to land at around 9.30pm.

But just over an hour into the flight, pilots of the Boeing 737-8AS aircraft made a sudden descent from 41,000ft to 7,000 ft while over the English Channel.

The plane then landed in Brest, northern France, shortly after 7.30pm where it was met on the tarmac by fire trucks and police vehicles as passengers were evacuated.

There were concerns therefore that the passengers of flight FR4052 would be forced to remain in France and isolate.

737-800 Ryanair #FR4052 went down in emergency in brest due to a fire outside the aircraft, all passengers got out on a bus taken by the french police pic.twitter.com/0En5vgLasg

But travellers were informed by airport staff in Brest that another plane had been dispatched from Stansted to continue their journey to Faro.