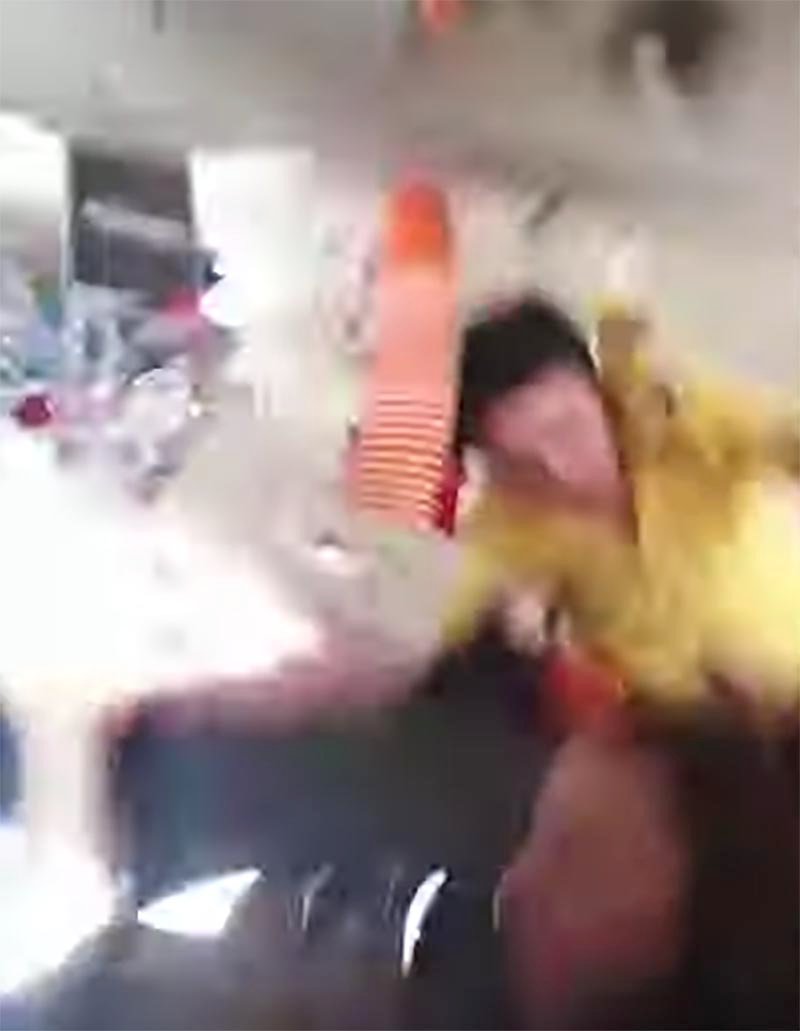 Passengers on a Bulgarian airline were torn from their seats by violent in-flight turbulence and sent crashing into the cabin ceiling – and one another – leaving ten with injuries.

The Boeing 737-300, headed for Basel, Switzerland from Kosovo’s Pristina, encountered severe turbulence about 30 minutes into its journey, causing a rapid drop in altitude that sent passengers airborne.

A flight attendant was seen hurting her head into ceiling.

A food cart can also be seen soaring into the air in the video, its contents, including scalding hot tea and coffee, raining back down on the passengers.

Ten of the plane’s 121 passengers sought treatment for their injuries after the incident, some of them for burns.

The flight was chartered by ALK Airlines, based in Bulgaria.