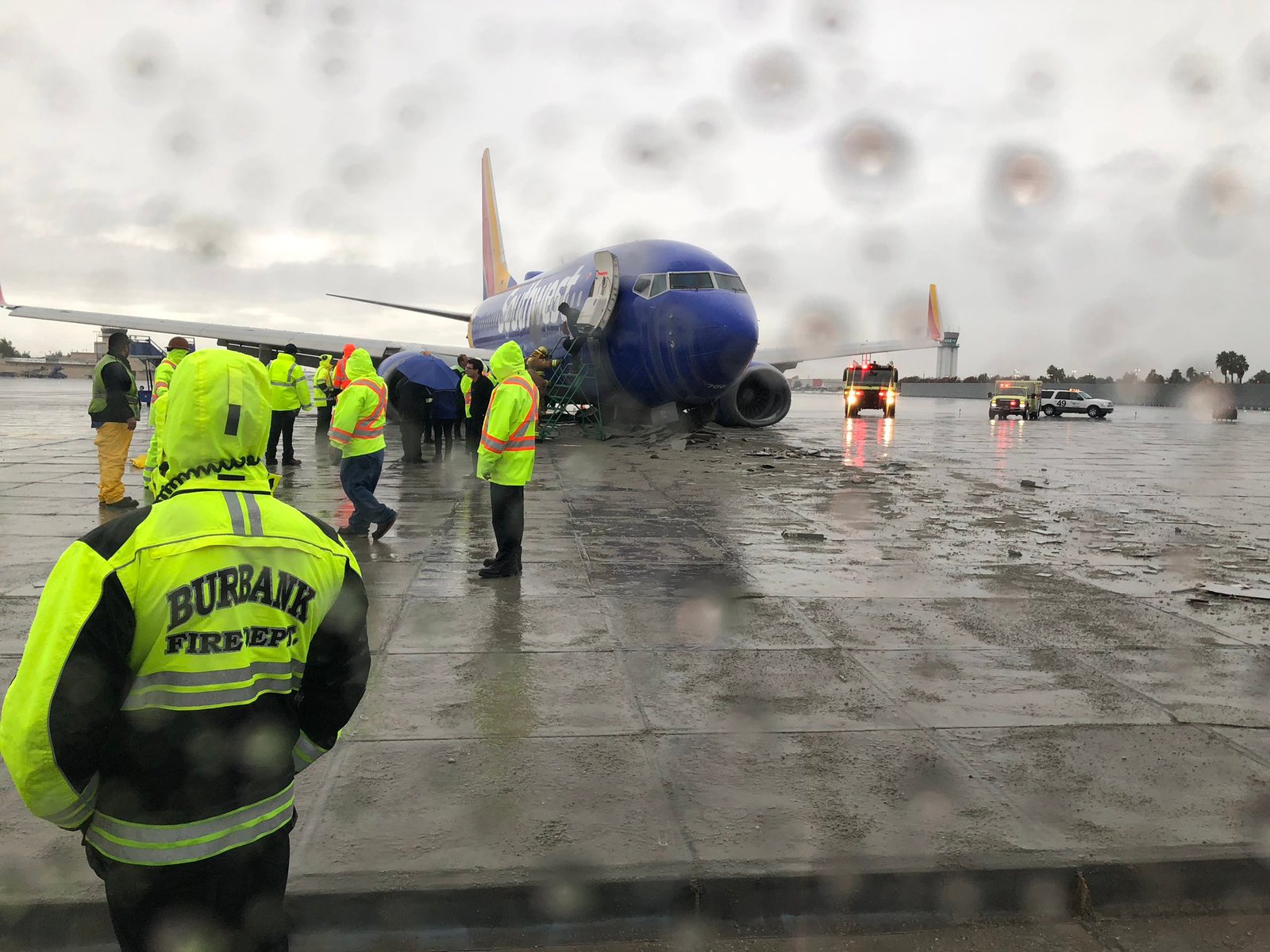 A Southwest Airlines flight arriving at Burbank Airport from Oakland skidded off the runway after landing Thursday morning.

The Boeing 737-700 (reg. N752SW) was stopped by the airport’s Engineered Material Arresting System, which is designed to stop an aircraft that goes off the end of a runway.

The flight had 117 passengers on board, many of whom were unaware there was a problem until they saw debris hitting the windows. 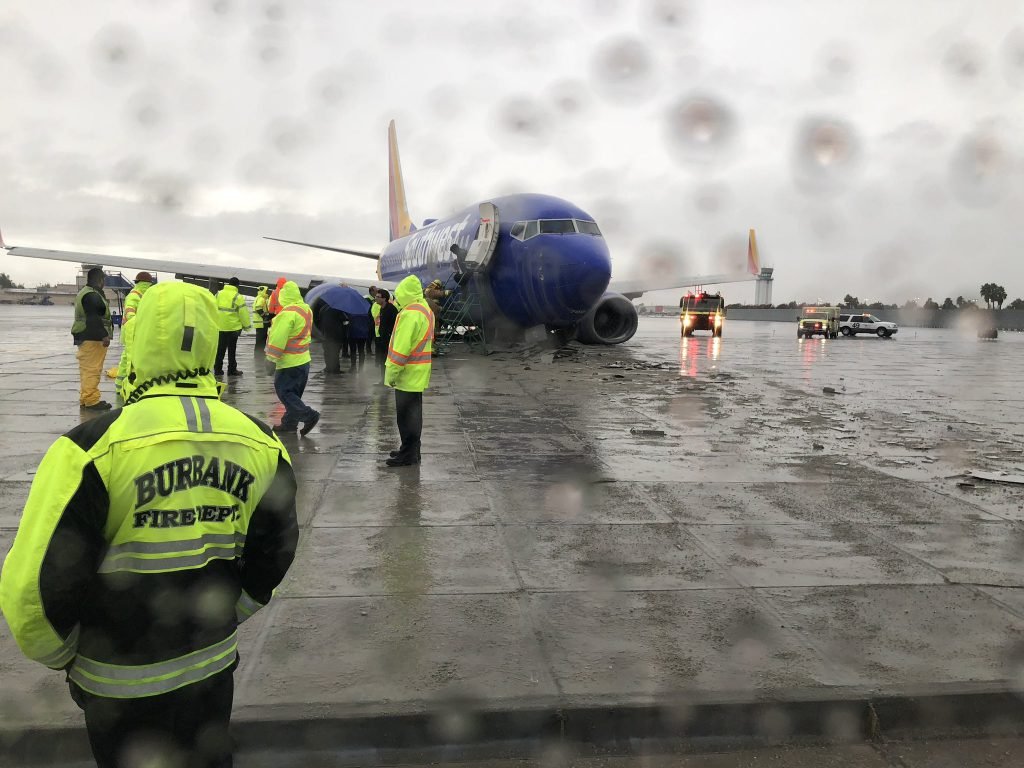 The Federal Aviation Administration implemented a “groundstop” for Burbank for flights departing from airports within about a three-hour flying distance of Burbank.

The groundstop was lifted just before 11 a.m.

Flights from other airlines were continuing to depart from Burbank.

Southwest Airlines says it is canceling all its flights at the airport until at least 1:55 p.m.

Shortly after 9:05 a.m PT today SouthwestAir Flight 278 rolled off the end of Runway 8 while landing at Burbank Airport, CA, and came to rest in the Engineered Material Arresting System (EMAS).